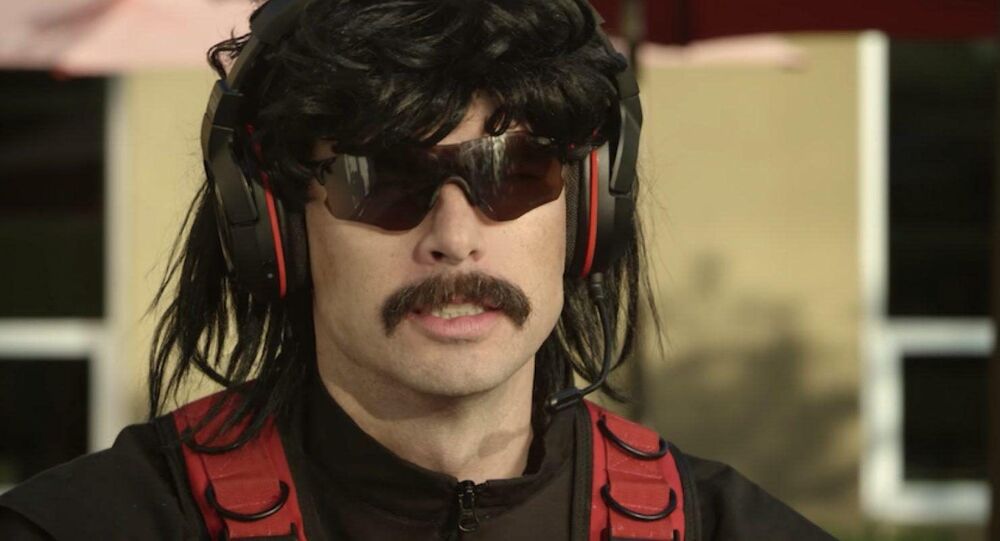 The Twitch streamer, who was planning to make an IRL stream from one of the most important gaming events of the year, had his pass revoked for a video filmed from the public toilet cabin.

Dr Disrespect has now had his E3 access badge revoked, an E3 representative confirmed while speaking with Kotaku. His Twitch channel is currently down.

The reason for the ban was the breach of Twitch's terms of service: especially the clause that forbids the creation or uploading of content that's "invasive of privacy or publicity rights".

One video shows the streamer walking into a public toilet and locking himself inside a cubicle. Other people are clearly visible in the footage visiting the bathroom, and showing them on stream without their consent violates Twitch’s rules.

Tfue made his stance clear by tweeting out a screenshot of him wearing sunglasses and a fake moustache, captioned with a simple message: "Free Dr Disrespect."

Ninja initially reacted in a style similar to Tfue's tweet, posting an image of himself wearing steely sunglasses, a long blonde wig, and a fake moustache along with a cheeky caption - calling himself “Mr Respectful.” However, he later admitted that he believes Twitch made the correct decision in choosing to suspend the Doc.

Mr respectful would have never slipped up this hard. pic.twitter.com/1u216i9L8N

It's a no brainer dude. I love him but when you break the rules you get punished, it's that simple.

Most netizens admitted that streaming from the public bathroom was a prank taken too far, yet they mostly reacted to the issue with memes.

When Twitch caught @drdisrespect streaming in the #E3 bathroom 😂 pic.twitter.com/YWkkXYNMR4

Man called Dr. Disrespect does something disrespectful.
Everyone: pic.twitter.com/LDrCGSMFWl

Me and the boys taking a dump with Dr Disrespect pic.twitter.com/vtz1xX9OJ5

Remember when Dr. Disrespect got mad at an IRL streamer for streaming at a twitch party?

If there's one place I definitely want an unexpected live camera on me, it's while I'm in a public restroom.