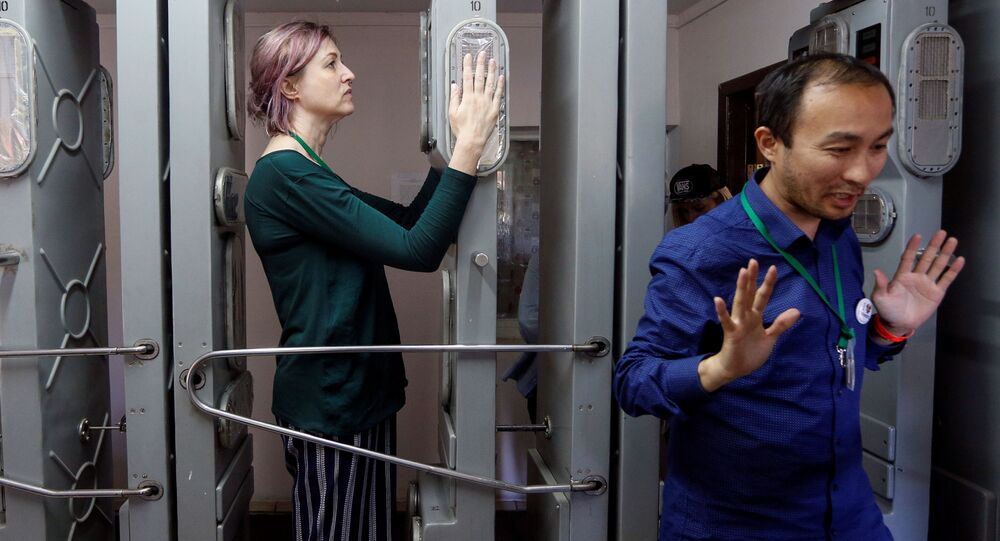 The site in Ukraine, where the world's worst nuclear accident happened in 1986, is emerging as one of the planet's hottest tourism tickets after the success of a new TV series.

People visiting the site have been taking pictures of themselves smiling at the abandoned power plant — one person even posted a semi-naked picture.

Meanwhile in Chernobyl: Instagram influencers flocking to the site of the disaster. pic.twitter.com/LnRukoLirQ

Various tour companies offer guided trips into the "exclusion zone," which covers an area of more than 4,000 square kilometers around the nuclear power plant. One Chernobyl tour agency reported a 40% rise in trip bookings since the series, made by HBO, began in May, Reuters reported.

"We have seen a 35% rise in bookings," Victor Korol, director of SoloEast, a tour company which has been offering trips to parts of Chernobyl for two decades, told CNN. ”Most of the people say they decided to book after seeing this show. It's almost as though they watch it and then jump on a plane over."

Much of the area has been open to tourists since 2011, but some sections, such as the "machine cemetery" of Rossokha village, remain off-limits. SoloEast has been taking between 100 and 200 visitors to the area on weekend days since "Chernobyl" hit screens.

Craig Mazin, the American screenwriter behind the show, addressed the tourists on his twitter: “It’s wonderful that #ChernobylHBO has inspired a wave of tourism to the Zone of Exclusion. But yes, I’ve seen the photos going around. If you visit, please remember that a terrible tragedy occurred there. Comport yourselves with respect for all who suffered and sacrificed.”

The explosion in 1986 at the Chernobyl nuclear power plant is likely responsible for 4,000 deaths from radiation exposure, according to the World Health Organization.