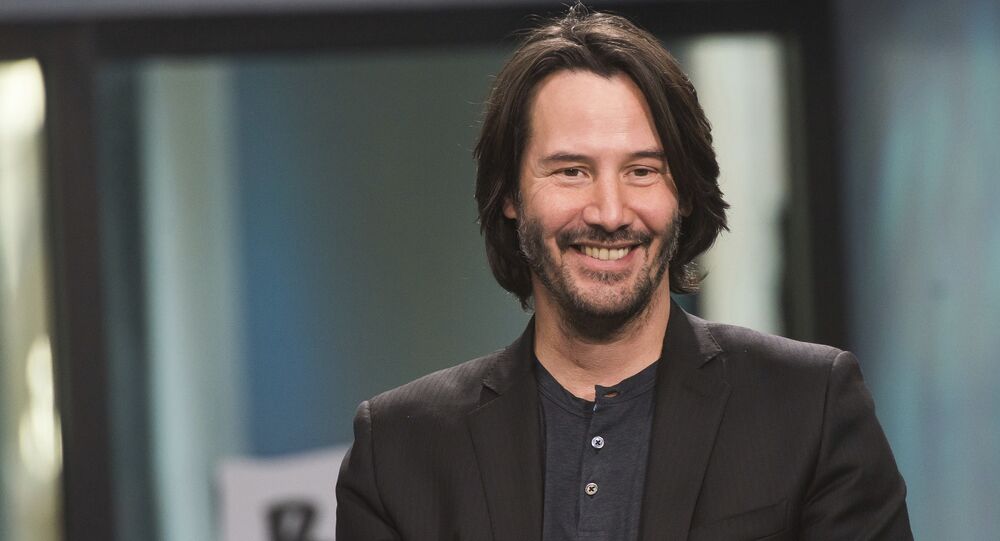 The 54-year-old actor made a surprise appearance at Xbox's E3 event on Sunday to announce his role in the upcoming "Cyberpunk 2077" video game, yet was interrupted by an enthusiastic comment from a fan in the crowd.

The crowd erupted in cheers as Reeves emerged on stage in Los Angeles among a cloud of smoke to promote the game, where he is going to play a supporting role, judging by the latest trailer.

A while back, Reeves said he was asked by video game publisher CD Projekt Red to be a part of their upcoming project.

"They were going on and on about how they'd create this vast, open world with a branching storyline. How you'd be able to customize your character by in-game choices," Reeves explained. "And it's not something I knew before, but I was excited by it. And I'm always drawn to fascinating stories."

The John Wick star continued to describe the futuristic game, noticing that “the feeling of being there… of walking the streets of the future is really going to be breathtaking,” when a fan — YouTuber Peter Sark — yelled, "You're breathtaking!"

Best part of #XboxE3 for me pic.twitter.com/fi6Jf1y0AF

The 20-second clip of the exchange went viral, getting more than 1.6 million views and nearly 40,000 retweets, with Reeves becoming one of the most trending topics on Twitter worldwide on Sunday.

Sark, the man who made the "breathtaking" remark, wrote in a tweet that “Keanu Reeves just announced to the world that I’m breathtaking,” – and even got a free Cyberpunk 2077 collector’s edition from CD Project RED game studio.

And it got you a free #Cyberpunk2077 Collector’s Edition on top! Check your DMs.