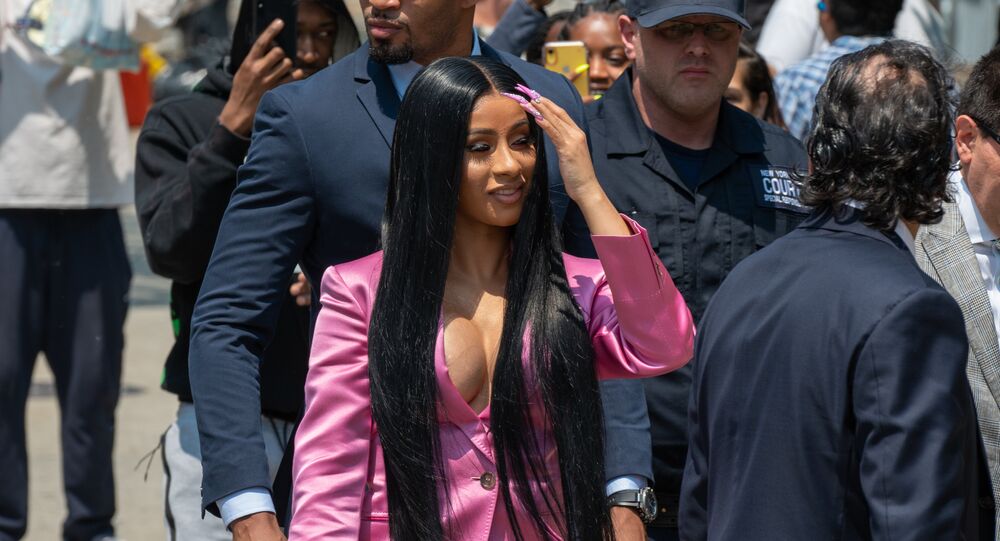 Cardi B has been open about her recent cosmetic surgery procedures, revealing that she has experienced certain complications following breast augmentation and liposuction because she refused to take the time necessary to fully recover and went ahead with her tour.

After cancelling and postponing multiple tour dates to recover from plastic surgeries, the Grammy-winning rapper has shared a now-deleted image of her swollen feet caused by flying via Twitter and Instagram.

“Look how swollen my feet get every time I take flights my stomach gets even more puffy. Reasons why my doctor told me to chill on shows cause my feet and stomach burn when I get puffed up NOT due to ticket sales. Stop fakin sh*t f*ck outta here”, her since-removed tweet read.

Even though she removed the shocking photo, some social media users managed to either save it or take a screenshot of it, and re-tweeted the snap:

Cardi B reveals swollen feet and her stomach are the reason she's had to cancel some of her recent shows. pic.twitter.com/CPDyWRQvBz

Shortly thereafter, Cardi lashed out at the media for reports that the complications she’s been dealing with from her recent breast augmentation and liposuction and cancelled concerts have sent her ticket sales skyrocketing for rescheduled bookings.

LMAAOOO All of the shows I canceled were sold out they even put it on the news on the El Paso news.I even show ya how swollen my feet got when I get off a plane so imagine how my stomach and my back get and the pain I feel due to surgery.Stop lying on me!

Last month, the 26-year-old told a crowd at the Beale Street Music Festival in Memphis, Tennessee, that she had undergone plastic surgeries and confessed that she’d been advised to perform less due to those procedures, which have led to certain complications.

Speaking with Entertainment Weekly earlier this year, the stripper-turned-rapper admitted that she had a breast augmentation after delivering her daughter Kulture, saying that the baby “f*cked me up”.