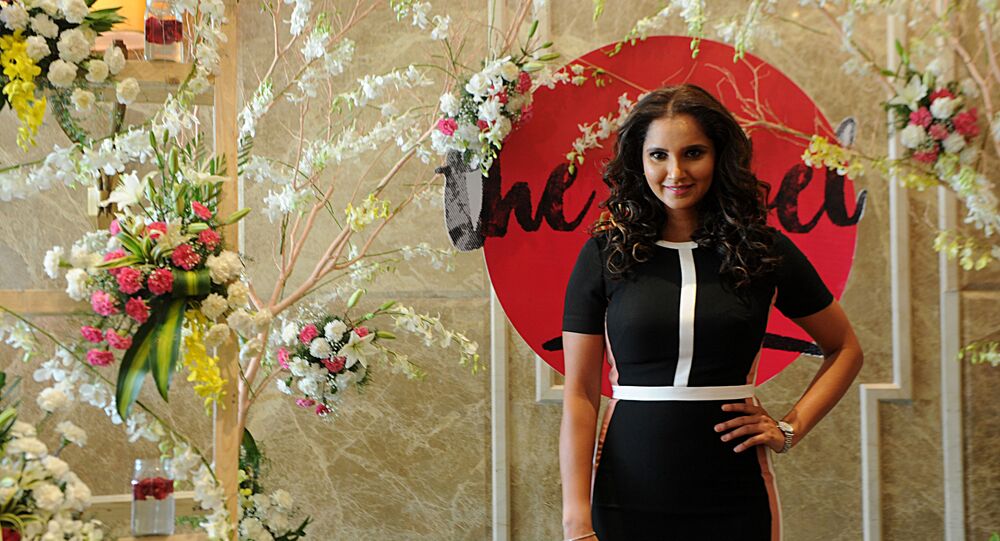 Indian tennis star Sania Mirza, who has won six grand slam titles, is married to Pakistani cricketer Shoaib Malik, who is playing at the world cup. Her marriage has often led to her receiving flak from trolls who question her loyalty towards her native country.

New Delhi (Sputnik): Former doubles world No.1 Sania Mirza has been facing outrage on twitter from a section of Indian cricket fans for congratulating the Pakistani cricket team on their win against England in the Cricket World Cup 2019 on Monday.

Congratulations to Team Pakistan on bouncing back the way they did and being as unpredictable like it always is!!! @cricketworldcup got more interesting than it already was 😏😀

​Mirza, who is also a UN Women Goodwill Ambassador for South Asia, has continued to represent India at various tournaments even after her marriage to Pakistani player Malik, who is playing in the ongoing Cricket World Cup in England.

Ms. Malik, stop showing off fake patriotism and save your wishes for your Pakistan team, as they rely more on wishes than performance. Team India will thrash all your (Pakistan winning) dreams on 16th of June. Even your prayers and wishes can't save Pakistan from India.

One fan questioned why she often congratulates Pakistan on their achievements, but her husband never reciprocates the gesture towards India.

Aftr ths tweet u got lots of appreciation frm #pakistan..I think ths is all u wnt…… I nvr saw any tweet frm @realshoaibmalik fr india. Bt u always try to get attentn frm pakistan inspite u angered ur own former country ppl.. bt dnt wrry u nvr get #mauka_mauka 🇮🇳🇮🇳

Meanwhile, Pakistani fans were seemingly overwhelmed by her wishes and thanked her.

Indeed Pakistan and it’s people belong to you. Looking forward to see you at Pakistan:- it’s your country too. Land of loving and most hospitable minds.

Thank you for your Congratulations on Pakistan match. You have a wonderful and unique way of saying it. Best wishes for India.

bond of love between Pakistan and India, we all need unity and peace in the region.

India and Pakistan are supposed to take each other on in a group stage match of the Cricket World Cup on 16 June.