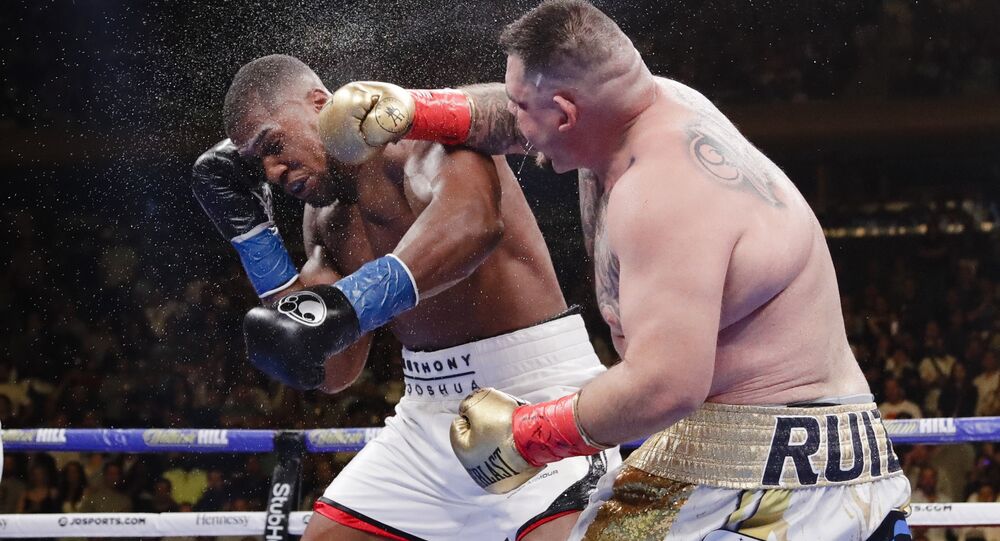 Anthony Joshua got taught a ‘lesson' that you don't simply mess with Drake's magical powers, and the rapper is probably still somewhere out there, concocting sinister plans to bring down another unwitting athlete.

The much-ballyhooed 'Drake Curse' is indeed real, superstitious sports fans are claiming across the internet, after British heavyweight boxer Anthony Joshua made a disastrous US debut.

On Saturday, Mexican underdog Andy Ruiz Jr. delivered a stunning defeat to the previously unbeaten Joshua, flooring him four times in the fight before the referee waved it off in round 7.

One of the biggest shocks in the history of heavyweight boxing has been predetermined, jesters say, since Joshua took a photo with Canadian rap star Drake.

The infamous Drake Curse is a long-running internet joke suggesting that Drake jinxes sports stars snapped alongside him. It all started out in basketball, but went on to include tennis players, UFC fighters and entire football teams.

But on 22 March, a defiant Joshua uploaded the photo saying that he was about to "break the curse". Now, it seems, the curse broke him.

Bout to break the curse 🦉 #June1st

A flood of jokes and memes broke out immediately, recalling all previous instances where the curse struck.

Drake curse: Do I look like a joke to you!

Drake in a concert

Anthony Joshua the next time he sees Drake 😂😂😂 pic.twitter.com/BuwJjRr8Lj