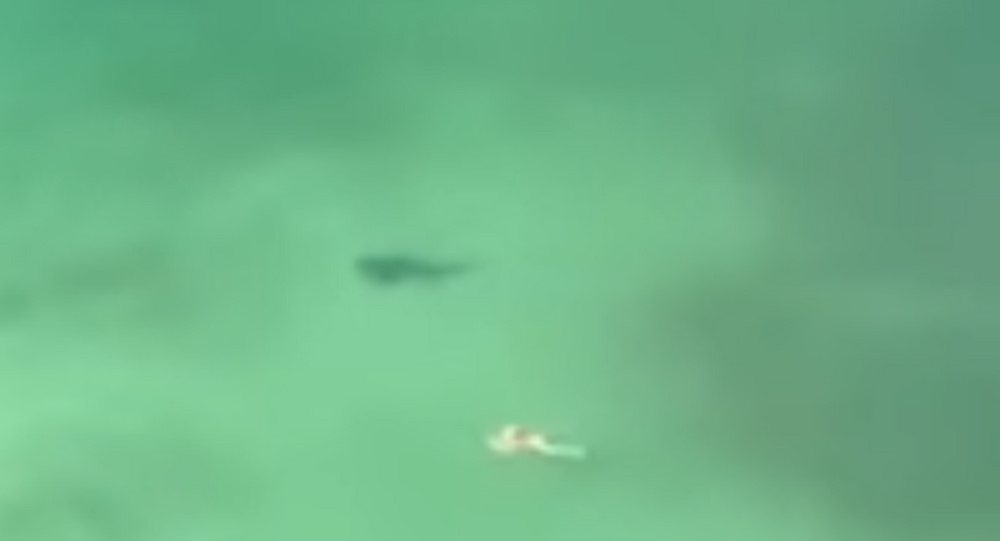 It could be an opening scene from American thriller film “Jaws.” Except, it’s a real life video of a woman swimming off the shoreline of Panama City Beach in Florida in close proximity to what appears to be a huge shark.

The footage of the woman peacefully swimming through the water as the silhouette of a shark lurks nearby was captured by Stan Battles, who was filming from his 28th floor balcony at the Tidewater Resort Wednesday morning. Battles had been watching the shark swim through the water for about two hours, when he noticed a woman swimming by. That's when he started recording the footage.

​"The woman swims directly over this thing," Battles told the Panama City News Herald. "Directly over it."

The shark remains a short distance from the swimmer. However, at one point, the shark appears to head directly toward the woman. Other people on the shore notice the shark at this point as well, and they begin yelling and whistling to get the woman's attention. Once she realizes people are trying to alert her, the woman quickly swims back to shore.

According to Battles, he went down to the beach to find the woman after the incident and show her the video.

"It was crazy," he told the Panama City News Herald. "I'm just glad no one got hurt."

Battles then uploaded the video to Facebook, where it has since gone viral.

"She is lucky that this shark was not hungry," one user wrote.

"This is why I don't go deep in the ocean," another commented.