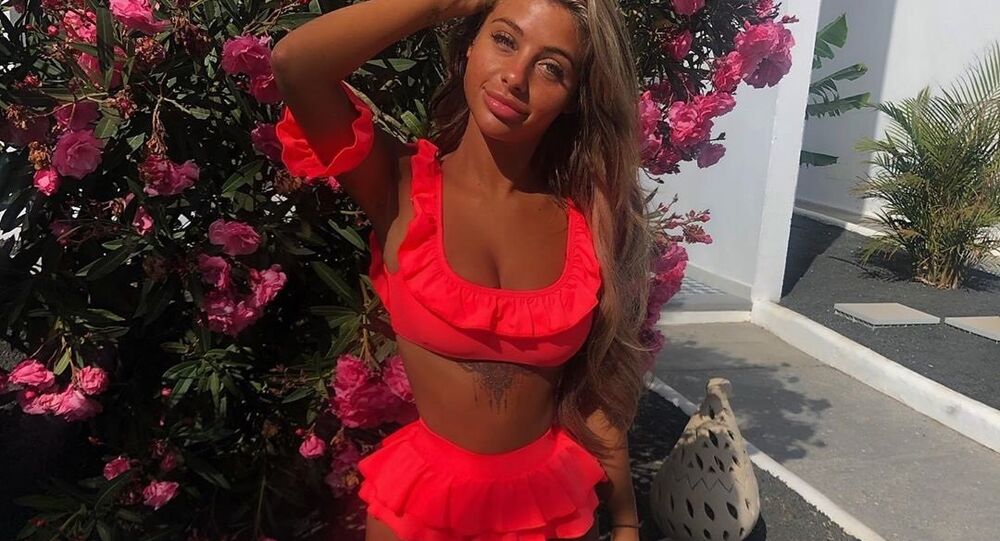 Blogger and makeup expert Chloe Wilson didn’t expect any negativity when she heartily shared her hot bikini snaps on Instagram, much to her vast fan base’s joy. However, when it came along, she admitted having blocked a number of comments.

Amid tons of praise for her perfect physique, make-up artist Chloe Wilson has landed in hot water after posting pictures of her heavily tanned skin – the result of using sunbeds.

One more day till I’m back in the sun 🤩

“Stick to ur original skin tone maybe?? I get it to like get a little tan but to look like a WHOLE other race [sic]”, one person wrote in the comments below the snapshots, while another critic added that tanning to “that extent” should be viewed as “mockery and a form of racism”, as it is “modern day blackface.”

Nice view in the background Bikini is @amode_clothing 💖

Smiley chubby face is my mood from the past week x

“How many times do black people have to tell you to stop doing black face???” a different netizen asked.

Wilson, who appears to have a soft spot for tanned skin, was reportedly forced to block the comments, citing their abusive nature. “Can I also just add, to all those people saying what I’m doing is cruel, vile, offensive… you are all literally slating me in tweets”, the woman posted, responding to the online bullying, continuing:

“I never ever wanted to hurt or offend anyone, however you have all purposely wanted to offend and be cruel to me. Says more about you”.

She further directed a slur-laden rant at the commenters, arguing she has even bought several bottles of maximum factor sunscreen not to bronze still further while on holiday.

"Oh f*** off with calling me racist because I’ve tanned on the sunbed, I’ve lit just bought about 3 bottles of factor 50 cos now am scared to tan on ma holiday”, she countered the trolls’ claims.

…and many more of her fans rushed to stand up in her defence:

“Wow just read some of the vile comments on your previous posts, you keep tanning girl coz you look gorgeous!” one remarked, whereas others en masse lauded “unreal” and “insanely beautiful Chloe”.

“Your gorgeous @cchloelizabethh And your tan is beautiful, that’s coming from a brown girl too! Love you angel”, another subscriber posted.

“It’s hilarious the fact it’s the same people writing it that post about going on holiday posing in there bikinis ‘sunbathing’ or wearing tan… I don’t see the difference. It’s not racist. It’s not disrespectful. It’s what 99.9% of the world does”, another wrote, trying to sort out the issue and address the attack on Chloe.

“I’m just wondering how white people are the ones on here saying what is and isn’t blackface”, a different netizen butted in.

Earlier, a young mum and former frequent sunbed user was diagnosed with cancer and begged other women to ditch the procedure, providing a picture of her blistered face.

Survey Says: Socialism and Racism on the Rise in the US