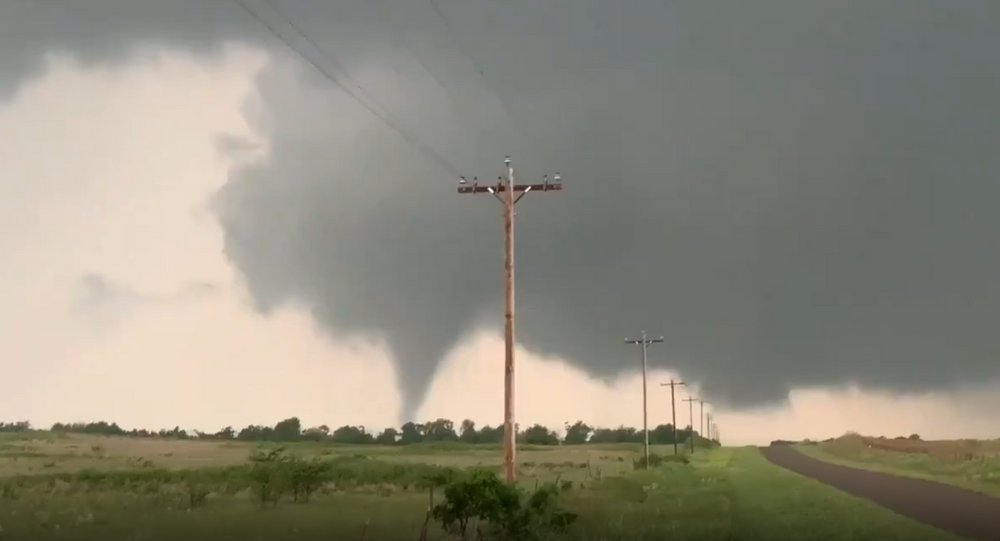 Tornadoes have been tearing through the central US, causing havoc in Oklahoma, Kansas, Indiana, Ohio, Texas, Missouri and other states. The US National Weather Service (NWS) has recently warned that the trail of devastation will continue.

Preacher Paul Begley from West Lafayette, Indiana, hit among other states by severe storms and flooding, has warned his followers of further destructions because God seems to be taking his wrath out upon the Earth. According to him, this is a sign of the looming Apocalypse.

The pastor insisted that God himself had instructed Begley to warn “his sheep” of “apocalyptic weather” and an “unleashing of tornadoes”.

“It’s crazy what’s about to unleash upon the nation”, Begley warned about the storms rolling across the central US, noting that they “are already begging to develop” in Missouri, Oklahoma, Iowa, and Kansas.

In the sermon ahead of the upcoming trials, the pastor recalled verses from Psalms 91, saying: “Whoever dwells in the shelter of the Most High will rest in the shadow of the Almighty. I will say of the Lord, He is my refuge and my fortress, my God, in whom I trust”.

Begley’s prophecy was brought into the spotlight as a trail of devastating storms, floods, and tornadoes have reached record-breaking levels. For 14 consecutive days twisters have hit the US. More than 500 tornadoes have been reported over the last month and the total number of reports this year has already reached 960.

The US National Weather Service (NWS), meanwhile, has warned of “another volatile severe weather day” with possible tornadoes, heavy rain, flash flooding and damaging winds. Tornado warnings were issued for states from Texas to New Jersey with 34 million people under an enhanced risk.

American evangelist Pastor Paul Begley is known for his apocalyptic forecasts. Just this May, he said that the events in the Middle East forebode the end times and linked NASA’s stunning revelation that the Moon is effectively shrinking “like a raisin” with the biblical prophecy of the Apocalypse.

At Least Two People Killed In Tornado in Oklahoma (VIDEO)