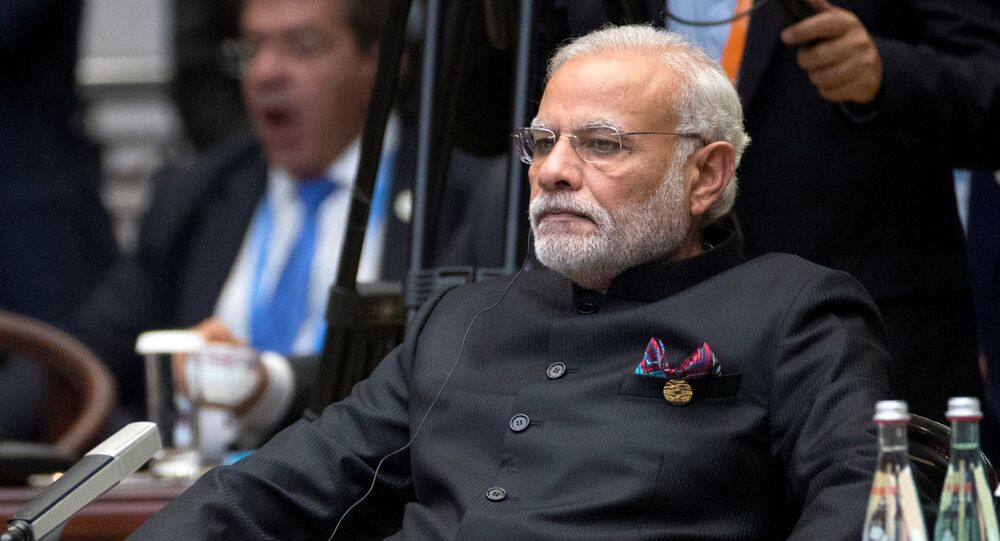 Social media users are trolling TIME for its "U-turn" on publishing a pro-Modi article days after the popular magazine termed him as "India's Divider in Chief" on its cover page.

New Delhi (Sputnik): TIME magazine, in its latest article, has praised the Indian prime minister for “uniting the country”, which appears to be a U-turn from its recent narrative.

Earlier this month, the magazine, in its international edition, published a cover story on Indian Prime Minister Narendra Modi, which accused him of dividing the country on religious lines and calling him "India's Divider in Chief". India’s governing Bharatiya Janata Party (BJP), led by Modi, has slammed the piece and blamed its author, Aatish Taseer, the son of late Pakistani politician and businessman Salmaan Taseer, for the negative coverage.

Some Twitter users have slammed TIME magazine over what they consider to be an attempt to present a changed point of view just days after his party won the Indian elections.

#timemagazine — and you thought we believed you earlier? C'mon! try to get your reputation back before people refer you as #prestitutes

Others have lauded the magazine over the apparent course correction as balanced coverage.

We need to understand the nexus working in a section of such media houses. They try their best to create anti Namo and Anti indian narrstives before they switch sides.#ModiKaTime#TimeMagazine #DividerInChief Divider in Chief #United Independence @Shubhrastha @DrKumarVishwas pic.twitter.com/k5vXi71Bcr

Before election #TimeMagazine called Modi #DividerInChief. After result, it admits @narendramodi
has United India like no other PM could. It takes guts to correct mistake and accept reality. pic.twitter.com/YINMoLFOBi

Before election it was divider in chief and post election it’s: Narendra Modi Has United India Like No Leader in Decades,Narrative changes @TIME? Glad that @TIME has realized #TIME #timemagazine ⁦@narendramodi⁩ #UnitedIndia https://t.co/WolQqooCOv

After a Huge mandate for Modi; how 'TIME' has changed from Divider in Chief to how Modi United India.
Time is the wisest of all things that are, for it brings everything to light.#timemagazine#Modi2Begins pic.twitter.com/pO2TlfNyQ6

The "pro-Modi" article published in TIME is written by Manoj Ladwa, founder and chief executive of the India Inc Group, a London-based media organisation.

The write-up has been titled: "Modi Has United India Like No Prime Minister in Decades". "Despite the strong and often unfair criticisms levelled at Modi's policies both throughout his first term and this marathon election, no Prime Minister has united the Indian electorate as much in close to five decades", the latest article states.