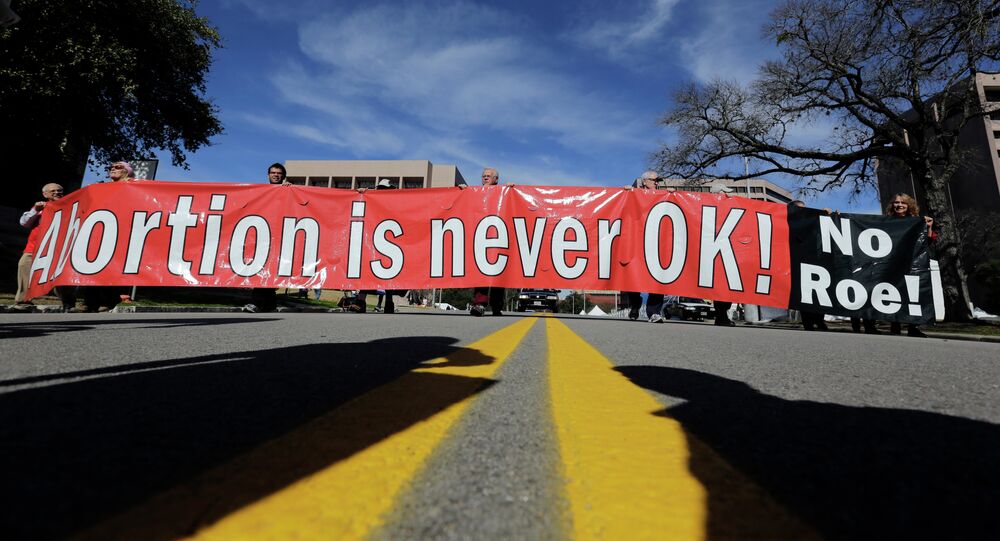 The spat the pair has had over the abortion issue dates back to nearly two weeks ago, when Benjamin Watson referred to Milano’s comments on “marginalised” social layers as being based on blatant “ignorance and racism”.

The New England Patriots’ ace Benjamin Watson has struck back at actress Alyssa Milano over her rhetoric that the now much debated anti-abortion laws would affect “women of colour” the most.

Watson, a father of seven and the author of “The New Dad’s Playbook” pondered on Milano’s abortion remarks during an airing of “Fox & Friends” on Tuesday, branding the narrative “a type of lie”:

“This is the same type of narrative or lie that’s been told over and over again and whether she meant to do it or not, so many people fall into this and it’s really a combination of ignorance or racism”, Watson said blatantly, going on to elaborate on how he understands the notion of “racism” in the given context:

The sportsman asserted that one’s children are their most cherished possession, adding that lies have been circulating all around that “if you are in a certain economic situation, if you’re a certain colour this is the solution that we’re going to offer you”. He argued that the whole rhetoric is “detrimental not only to black communities but to America as a whole”.

However, at the same time, Watson acknowledged that he appreciated the exchange he had had earlier with Milano, saying that is what society is lacking, while also arguing that the “shift” among historically pro-lifers had taken place due to particular issues:

“It’s a very complex issue because you have a situation where [as] a community we are historically pro-life. But then there became a shift where there were certain economic issues that make it tough. Look, these decisions that are being made [by] women are very tough decisions”, he argued, before concluding with a couple of conciliatory remarks:

“I’m not sitting here and saying the people are doing things flippantly. Although we do know that most abortions across the board are because of some sort of convenience, whether financial or emotional”.

Days earlier, he made similar remarks in response to Milano’s stance on Twitter:

.@Alyssa_Milano to claim that giving MORE children of color the right to be born will negatively affect “women of color” reveals IGNORANCE, RACISM or some combination of both. Our children and families are capable of greatness and lies like this harm our future. Dont patronize us https://t.co/ZSHedXRv1C

“Hi. I see you and never meant harm. My hope is to stand in solidarity with all women as we fight for reproductive justice and true equality. I’ve followed you. If you’d like to discuss further, please DM me. My door & heart are always open”, Milano responded in the thread, prompting the NFL athlete to thank her for her openness to dialogue.

Watson’s original remarks came in response to Milano’s assumptions that recent legislation, like Georgia’s foetal heartbeat bill and Alabama’s pro-life bill, “will affect the communities of colour more than anything,” later controversially bringing together all the strata in one sentence:

Meanwhile, Watson’s stance  fuelled mixed reactions on Twitter, with commenters falling roughly into two big categories – one that is made up of liberal American women, arguing that there is no one in position to tell women what to do with foetus in their bodies …

https://t.co/YBGELT2PSf No man can tell me anything about this subject. It will hurt women of color he dont know anything play ball are whatever he do

… and the one comprising Watson's ardent supporters:

Said like a real leader, Mr. Watson! And good luck with the @Patriots this year.

In mid-May, the Alabama senate passed legislation to ban almost all abortions in the state once a fetal heartbeat is detected, which is six weeks into pregnancy, with fifteen other states approving and currently considering similar pro-life legislation.

US President Donald Trump, who more than once called himself "strongly pro-life", tweeted his stance on the now pressing social issue, asserting there are three instances where putting an end to a pregnancy is justified: rape, incest and cases where the would-be mother's life is in danger.