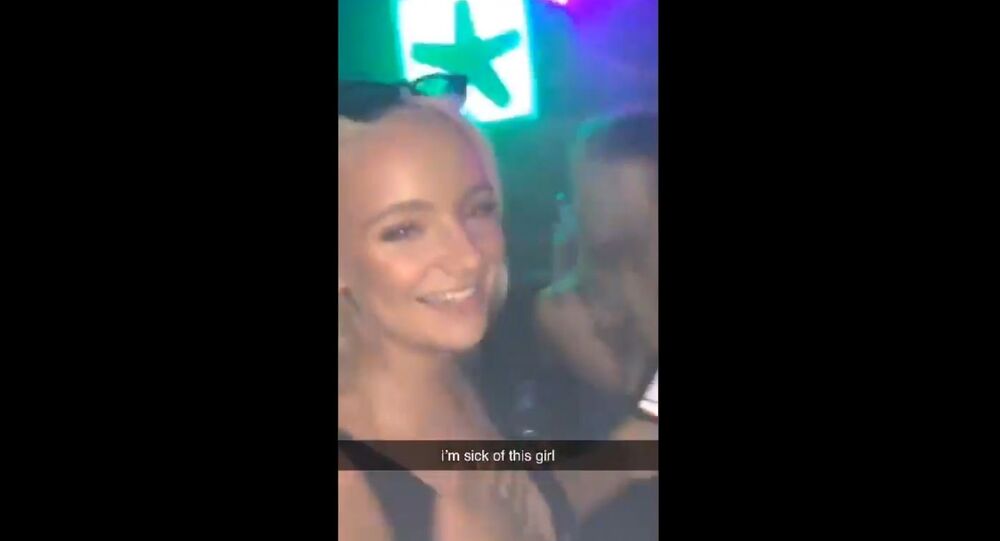 A speech on the BBC given by Tory Party member Emily Hewertson, 19, from Northampton in the UK, previously went viral as she condemned the way Brexit was being handled and voiced strong support for a party led by Nigel Farage.

A teenage girl describing herself as "Cute, Loud and Conservative", who previously went viral after an appearance on BBC's Question Time, watched a livestream of the EU elections results on her phone while she partied in a Leicester nightclub.

The first video shows the girl's friends getting ready for the party while she was calmly sitting down, sipping on her drink, and watching the BBC's election results.

When you’re on a night out but need to watch the EU election results 😂 pic.twitter.com/UksfCHEQgP

Later, in the club, she was captured on video dancing and clutching her phone as she watched the results stream in.

For anyone concerned … OF COURSE I carried on watching the EU election results when I made it to the club 🤣 pic.twitter.com/Jqx3othDDj

The young Tory, dubbed the "hottest Conservative girl" by media, went viral after delivering a passionate tirade during the BBC's Question Time, criticising the way the Brexit process was being handled and saying that she would support the Brexit Party despite being a Conservative Party member.

The Brexit Party, led by former UKIP leader Nigel Farage, came out on top in the UK elections to the European Parliament. The bloc-wide parliamentary vote was held on 23-26 May, with the combined voter turnout at almost 51 percent, the highest since 1994.

Initially, the elections were not expected to be held in Britain due to the country's withdrawal from the EU, which was initially scheduled to take place in March.