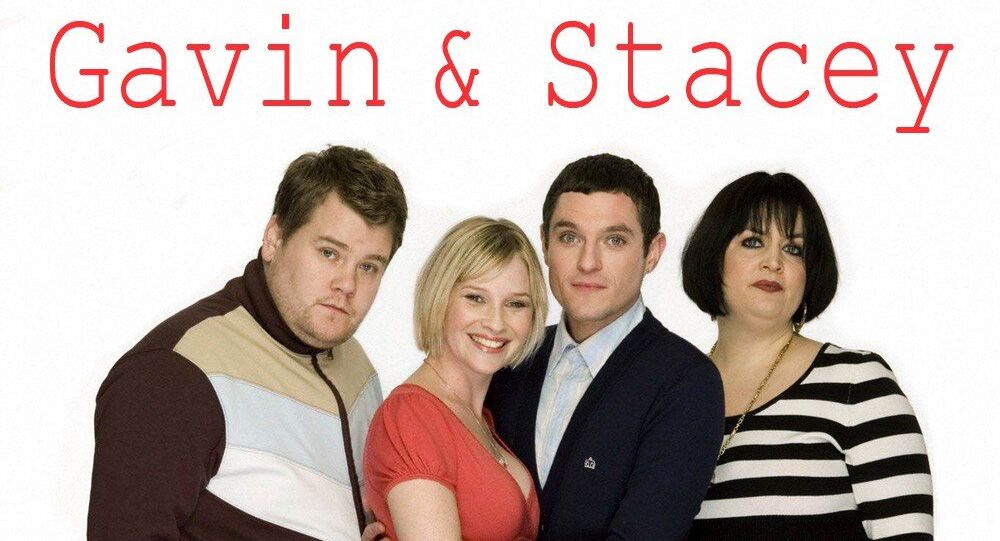 At a time when the future of the UK is so uncertain, what could be more soothing than the return of a popular TV series? An avalanche of wholesome reaction on social media shows that despite its almost decade-long absence, the sitcom still has many ardent fans.

One of the greatest British comedy series is returning for a one-off special.

It's been almost ten years since the BAFTA-winning Gavin & Stacey sitcom drew to a close, and the cast and crew are thrilled to get back together for a little while.

James Corden, who wrote and produced the series together with Ruth Jones, announced the comeback on Twitter on Monday.

"Ruth Jones and I have been keeping this secret for a while… We're excited to share it with you. See you on Christmas Day," he wrote alongside a photo of a fresh script for the Christmas special.

It appears that the duo had been plotting their return in secret for quite a while.

"Over the last ten years we've talked a lot about Gavin and Stacey − where they might be today and what their lives might look like," Corden and Jones said in a joint statement.

"And so in secret we took the plunge and wrote this one hour special. We've loved revisiting Barry and Essex again and bringing the characters back together has been a joy. We're so excited to get the chance to work with our fabulous cast and crew once more and to give fans of the show a festive treat this Christmas. Thank you BBC for helping to make this happen."

Gavin & Stacey aired over three seasons and 20 episodes between 2007 and 2010, comprising two Christmas specials. The light-hearted sitcom following the ups and downs of a long-distance relationship between Englishman Gavin (Mathew Horne) and Stacey (Joanna Page) from Wales.

A Radio Times poll in April placed Gavin & Stacey 17th on the list of greatest British sitcoms of all time.

I’m so excited! It’s happening!! See you at Christmas!!!!! #gavinandstacey

And so did scores of fans, with #GavinandStacey becoming the most trending hashtag on Twitter in the UK.

everybody in the UK right now pic.twitter.com/7QKJxGtmsQ

It's the last thing you expect to find when you come into work in the morning.