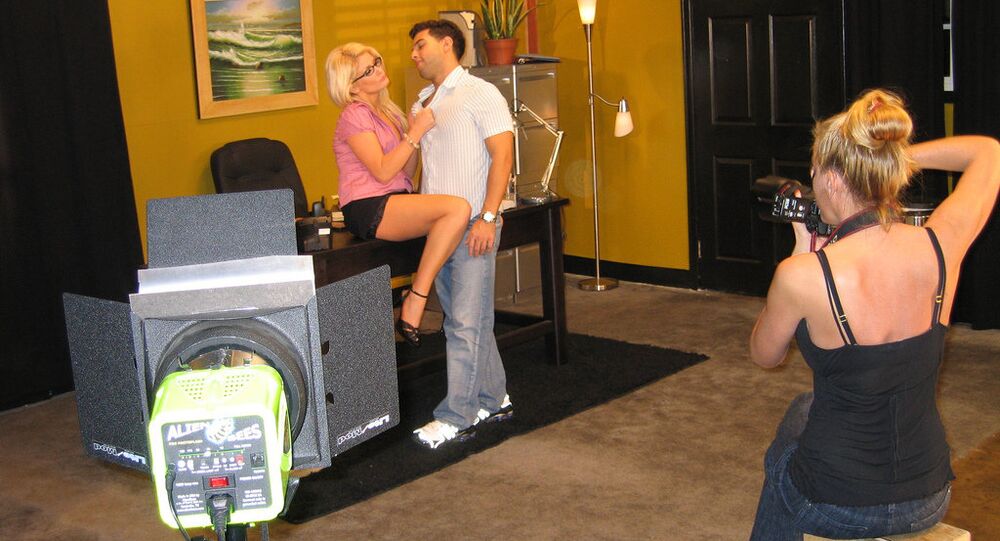 In the now-deleted image that stirred public outrage, a female politician stands bended over reaching for a beer bottle her male colleague holds between his legs. Meanwhile, a third politician is standing nearby grabbing her behind.

A heavily criticized "group sex" picture posted as a joke by officials in Sölvesborg Municipality in southern Sweden has resulted in all its participants being compelled to step down, the newspaper Expressen reported.

This past weekend, municipal councillor Emilie Pilthammar of the Moderate Party published a suggestive photo of herself in the company of fellow Moderate Niklas Joelsson and Sweden Democrat Peter Thyrén.

In the now-deleted picture, Pilthammar was seen in a suggestive pose squeezed between the two men, one of them squeezing a beer bottle between his legs in a phallic manner. Meanwhile, the other man stands behind her with both hands on her butt.

Later, Pilthammar explained that her post hinted at the debate around Sweden Democrat Peter Lundgren allegedly grabbing a female colleague's breasts, a case now under police investigation. However, despite the warnings, the intended irony and humour were apparently lost on the Swedish public.

Sölvesborg Municipality governor Lars Ericsson said the municipality strongly rejected the action, calling it "regrettable". According to him, its reputation was now marred.

On social media, the verdict was even more damning.

"Glad I don't live in Sölvesborg. This is a shame, even if meant as a joke. They should have known better", a user said.

​"'Hi, I would like to be a role model for children and young people in Sölvesborg, Yours truly, Niklas Joelson'. (PS for the two other idiots in the picture I had not expected otherwise)", another user sneered.

​"Is the man with the bottle chairing the children's and educational board in Sölvesborg? If there are a few adults left in the room among the Moderates, make sure that parents and students, teachers and principals in Solvesborg get politicians they can respect!" Education Minister Anna Ekström reacted.

​While some defended the staged picture as a joke, other criticisms included even harsher wording, such as "stupid nonsense", "this is to illustrate the notion 'white trash'" and "grow the hell up".

Following the extensive criticism, all three participants in the "group sex" image left their assignments after a crisis meeting.

"I renounce all forms of offensive treatment and all forms of sexual harassment. My behaviour has been inappropriate and I want to apologise. My actions affect the family, the Moderates and Sölvesborg", Niklas Joelsson said in a press release.

"I have realised my mistake and I have also written to my school and apologised", Emilie Pilthammar, who also works as a primary school teacher, said, hoping that the scandal won't affect her position.