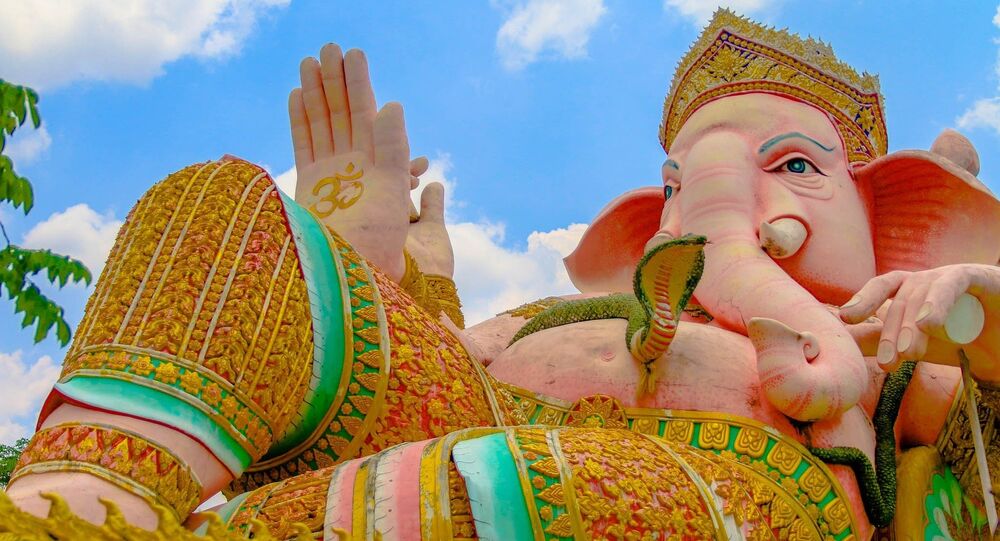 The incident which the French agency had reported concerned the granting of a visa extension to a German national, Friederike Irina Bruning, who received India's fourth highest civilian award, ‘Padma Shri’, for her work looking after the welfare of cows in the north Indian state of Uttar Pradesh.

New Delhi (Sputnik): The French news agency AFP invited heavy trolling for associating Hinduism with the Indian government, calling it a ‘Hindu Government'. AFP said that it was due to the ‘Hindu' government's intervention that the bovine caretaker and Padma Shri awardee Friederike Irina Bruning (age 61 years) was granted a visa extension.

It's a long way from Berlin to India, where German Friederike Irina Bruening devotes her life to 1,800 sick and abandoned cows. After her visa extension request was originally denied, an intervention from the Hindu government means she is allowed to stay. https://t.co/372UOFDIJe pic.twitter.com/H3gwwSzjOL

Bruning, who had come to India from Berlin in Germany and had been taking care of cows in the northern part of the country for some 25 years,is also known by her psuedonym ‘Sudevi Dasi'.

She had threatened to return the Padma Shri award when an extension of visa was denied to her. The visa extension arrived after an intervention by India's Foreign Minister Sushma Swaraj.

Thanks for bringing this to my notice. I have asked for a report. —
Denied visa extension, German Padma Shri awardee threatens to return award https://t.co/oraM71HTPj via @timesofindia

The AFP story was heavily trolled for associating the Hindu religion with the Indian government.

"Hindu Govt?" questioned @SumaJAmin, and threw the questioned back to the news agency, jeering "AFP working for the Christian govt of France?"

AFP working for the Christian govt of France?

"Hindu Government — What are you smoking today?" questioned this user.

Hindu Government — What are you smoking today?
Her visa extension was handled by Ministry of Foreign Affairs, Government of India.

One user took strong exception to this and called AFP out, saying, "You think we are idiots?"

Abdul kalam was our President. Manmohan Singh was our Prime Minister. And today if Narendra Modi becomes PM of india then India becomes Hindu nation?? India is worlds largest democracy. You think we are idiots??Trump is right you all media houses are lost your credibility.shame

On the other hand, netizens hailed the Indian government and especially Foreign Minister Sushma Swaraj for her timely intervention in granting her extension of the visa.

Yes, today morning read news about visa denial. Now corrected, fine! As expected this from u!👍👌💐

Thats why we admire you so much Mam 🙏🙏

Social media users urged the Foreign Minister to go easy on 'Indic-friendly' people like Bruning in issuing visas. On the other hand, they also highlighted that visas should not be granted to people like evangelists and missionaries who seek to convert Hindus.

Sushma ji, this is not the only case. We must create a special provision for Indic-friendly foreigners who want to stay in India for long. @mariawirth1 was also hassled.

I agree if we can't provide support to indic friendly foreigners than we can't expect their support on global level..these are a few people who are fighting for Hinduism at global level..

There are several such cases at Aurobindo ashram where Dharmic Sanskrit scholars with 35 years in India had to leave abruptly without assigning any reason during Modi's first term. Is this the way we intend to propogate Bhartiya Sanskriti?!

I think we should have an automatic visa extension system for foreigners record of whose activities is clean and not related to conversion.