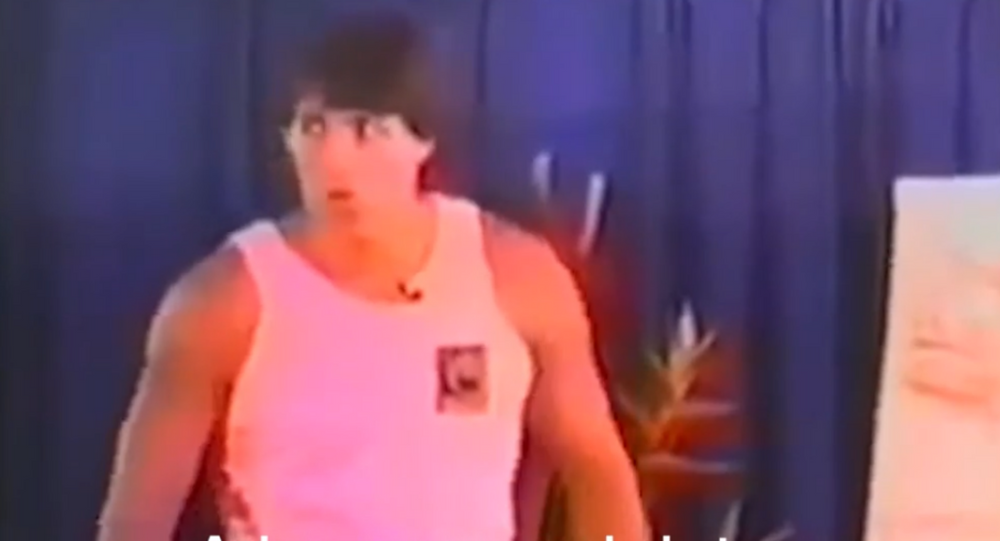 The video, which was uploaded on YouTube in 2014, shows Robbins presenting to a crowd of people in the 1980s. At one point during his speech, he describes an "intense" encounter with a "militant black" audience during another event he was hosting, where he was asked why he only draws on white examples during his self-help seminars.

​"As long as someone calls you a n****r and gets that kind of response I've seen right now, where you're ready to explode, and what you've done is given that person absolute control of you," Robbins says in the video, recalling his response. "You have no control in your life. You are still a slave."

In a May 23 letter to BuzzFeed News, the outlet which first broke the story, Robbins' lawyers stated that the video footage was part of a presentation that was "positive and was accepted in the context in which it was conducted: a passionate discussion about racism and how to rise above it," also noting that "any suggestion that Mr. Robbins is somehow racist or insensitive to the African-American community is absurd and false."

Earlier in the same video, Robbins, who has worked with famous figures including Oprah Winfrey, Serena Williams, Donald Trump, Bill Clinton and the Kardashians, describes his response to a female audience member who stood up in the middle of one of his past presentations and said, "This isn't working for me."

Earlier this month, nine former female staffers and fans accused Robbins of sexual misconduct during the 1980s, 1990s and early 2000s. Many of the women recounted stories in which Robbins allegedly exposed himself inappropriately or made unwanted sexual advances.

In a video uploaded on YouTube May 22, Robbins dismissed the allegations against him.

​"I've never claimed to be perfect, and if there's anything I've ever said or ever done that, sincerely, that offended anybody, hurt anyone's feelings, or if they felt anything of that nature, I just didn't support you, I apologize," he says in the video. "It was certainly not my intention."

Robbin's lawyers have also stated that the famous self-help guru never engaged in "inappropriate sexual behavior" and was "never intentionally naked" in front of former staffers.

"To the extent that he may have been unclothed at various times in his home or in hotels when working while either dressing or showering, and whether a personal assistant may have been present for some reason at that time, Mr. Robbins has no recollection," his lawyers said in a letter.