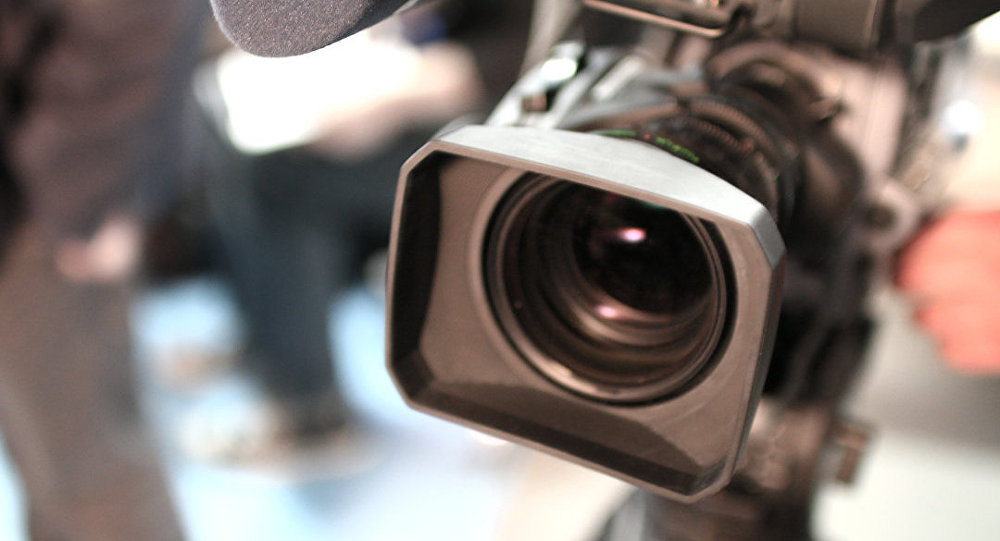 This is the second time someone has chopped the 45th US president's head off. Last time, it was a US comedian. This time it's a movie poster.

A B-movie sparked massive controversy at the Cannes Film Festival Market over its poster featuring a woman holding what appears to be the decapitated head of Donald Trump wearing his trademark "Make America Great Again" hat.

The poster for the 90-minute sci-fi thriller features a bikini-clad woman holding a decapitated head of Donald Trump in his red hat and another one of an unknown zombie.

A long time ago, I was a cast member of a UK reality tv show called When Women Rule The World. Looks like the dream will never die. #Cannes19 pic.twitter.com/CvBhIjUi2Z

​"Meet the First Lady of the future with her heads of state!" the tagline reads.

According to the movie's website, its plot revolves around a reality show mogul, Michael Bray, his Russian fiancée Maria Putin, and two members of Bray's team who get sucked into a time-space vortex and are transported into the post-apocalyptic future, where President Trump has pressed the red button, plunging the world into destruction. The few surviving women, blaming men for the cataclysm, live in a separate community, while men are collectively exiled into the desert.

© AP Photo / File
Hollywood Horror: True Story Behind Tarantino Movie as it Premieres in Cannes
It is not immediately clear how Trump's head looks so fresh since the movie is set to happen in "2121 A.D."

Interestingly, the poster on the movie's website has Trump's head replaced with a generic dead face — still wearing the MAGA hat, though.

Sheldon Silverstein, the movie's writer-director and producer, described his work as a satire, adding that viewers seem to be liking the movie so far. He added that he personally is not a fan of the US president and called him a "moron", according to a Fox News report.

This is not the first time Trump has been decapitated though, back in 2017, comedian Kathy Griffin came under fire after she posed with 45's bloodied head. The comedian was cut by CNN after the stunt, and the Secret Service contacted her in connection with the event. She eventually apologised for her demarche saying she "went too far".

Cannes Market is a part of the Cannes Film Festival held each May in France. The festival will wrap up on Saturday, 25 May 2019.

On the Run: Terrorists Struggling to Flee as Daesh Gets Decapitated