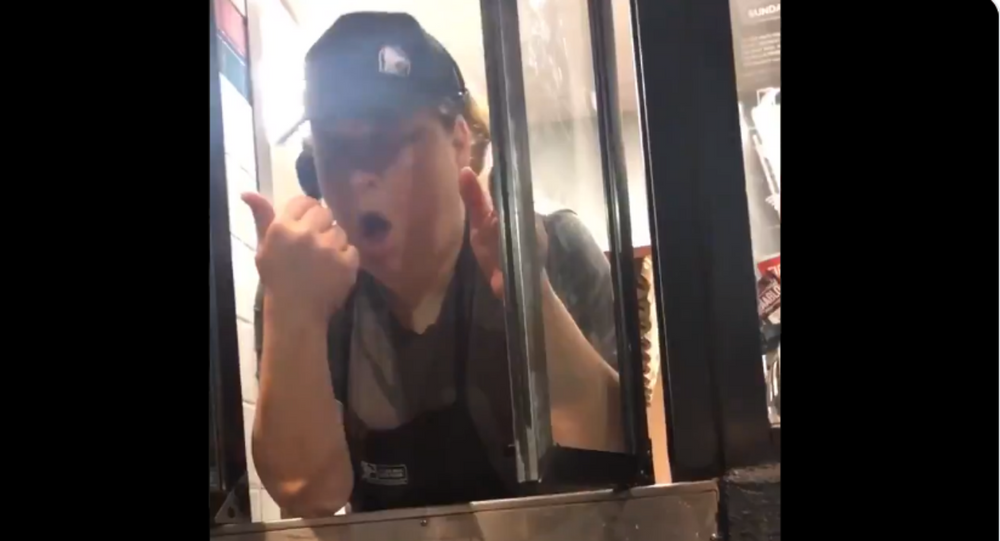 A Taco Bell employee in Bridgeton, Missouri, has been fired after a video of her making Islamophobic comments to a customer went viral on Twitter.

Earlier this month, the customer, identified as Tarek, said he was ordering food from a local Taco Bell in Missouri to eat before his fast during Ramadan — a holy month in Islam during which fasting is observed from sunrise to sunset — before the employee began unleashing hateful comments.

"It's not what you think and what you see in the movies; those people are monsters," Tarek can be heard saying in the video to the employee, referring to Islamist terrorists. "Those people are disgusting. Those are the people that make the religion look bad." The beginning of the conversation was not caught on camera.

​The fast food employee then begins spewing hateful comments, claiming that all Muslims are terrorists.

In a second video, shared on Twitter by Tarek on May 16, it appears as though he had asked to speak to the manager following the employee's tirade in order to get his meal for free. In the footage, the employee herself claims to be the manager. Another employee, who also appears in the footage, confirms that the woman behind the hateful comments is the manager at the franchise. At one point, the fast food worker says that she told Tarek that she was sorry and that she thought they had a "connection."

​"I am utterly appalled by this ugly display of anti-Muslim bigotry and ignorance," Faizan Syed, executive director of the Council on American-Islamic Relations in Missouri, told the St. Louis Post-Dispatch. "Taco Bell needs to take this incident seriously, apologize to the customer and immediately implement cultural competency training for all of their staff."

In a statement Friday, Taco Bell confirmed that the employee pictured in the video had been fired.

​"We welcome everyone in our restaurants and do not tolerate this type of behavior," a Taco Bell said in its statement. "This is a franchise location, and the team member involved no longer works for this franchisee. The franchisee has reached out to the customer to apologize."