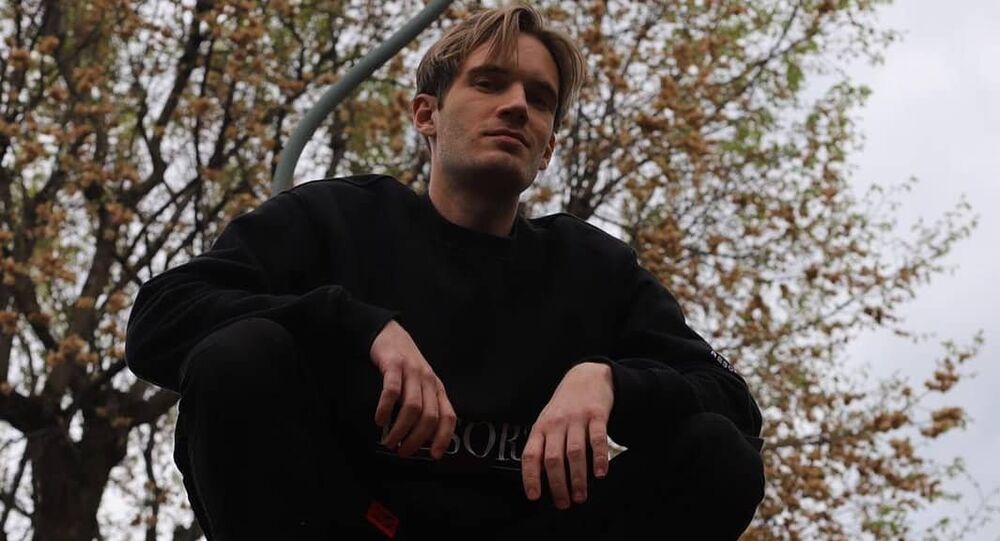 Instead of giving a long-winded speeche, PewDiePie settled for a short video accompanied by a short message to demonstrate the likely current state of James Charles, prompting social media users to discuss the scandal in general and Pewds’ role in it.

As the row between two famous beauty bloggers, James Charles and Tati Westbrook, seems to deescalate, YouTube celebrity Felix Kjellberg, widely known as PewDiePie, launched a playful jibe at the former to mark the occasion.

​In response, many netizens praised PewDiePie for the role he played in the scandal…

I mean, you was right from the beginning

All thanks to you, Pewds!;) pic.twitter.com/VxLEH9xioA

Pewdiepie when people find out he was right all along pic.twitter.com/DEyneGonVx

​…while some simply cracked jokes about the whole affair.

James vs Tati vs Jeffree

I don't even understand the situation right but I hope it's close to the point 😂 pic.twitter.com/KfQUMoezfw

​Earlier, Charles thanked Pewds for his support; amid the ensuing scandal, the YouTube star came forward to criticise Tati Westbrook’s diss video which escalated the row, and wondered aloud why so many of Charles’ social media subscribers simply unfollowed him in the wake of Tati’s accusations instead of questioning her motives first.

The scandal erupted when Tati Westbrook accused Charles of manipulating other people’s sexuality and using his "fame, power and money to play with people’s emotions", prompting the latter to post a tearful video apology as thousands of his YouTube subscribers, including celebrities like Kylie Jenner, unfollowed him.

The row apparently broke out after Charles endorsed a vitamin company, Sleep Vitamins by SugarBearHair, which is a direct competitor of Westbrook’s own beauty brand.