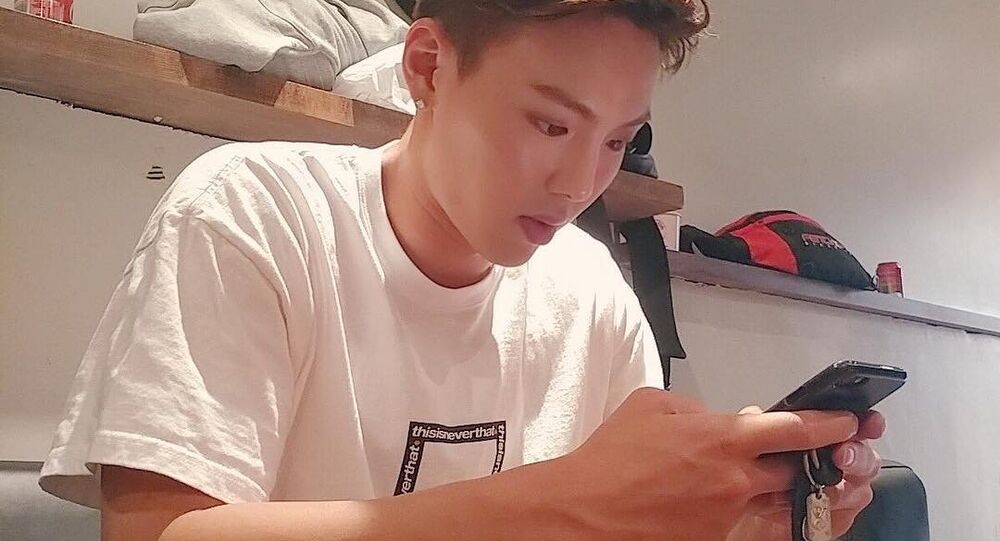 The popular boy band which is celebrating its 4-year anniversary this year has recently announced a European tour in support of its third album 'Take.2 Here We Are'.

While K-Pop group Monsta X prepares for its summer tour in Europe, Korean netizens are scratching their heads over a screenshot published on a forum.

The screenshot, taken from an episode of a reality show titled Monsta X-Ray 2 shot back in 2017, shows the group's leader Shownu seemingly either drinking orange juice or holding a yellow spoon in his mouth.

​"I firmly believed it was a yellow spoon," a user nicknamed Taji wrote, echoed by another: "Yellow spoon…? It's so well-formed".

In fact, as revealed in the episode of the show titled Temptation of Wife of Heirs Over Flower, it was juice.

The boy band, consisting of 7 members — Shownu, Wonho, Minhyuk, Kihyun, Hyungwon, Jooheon and I.M — celebrates its 4th anniversary this year. In February 2019 the group released their third studio album, 'Take.2 We Are Here', which features 10 songs including 'Alligator' and 'Play It Cool' in collaboration with Steve Aoki. In June and July, Monsta X will perform in Madrid, Amsterdam, Paris, as well as at London Wembley Arena and the Berlin Mercedes Benz Arena.