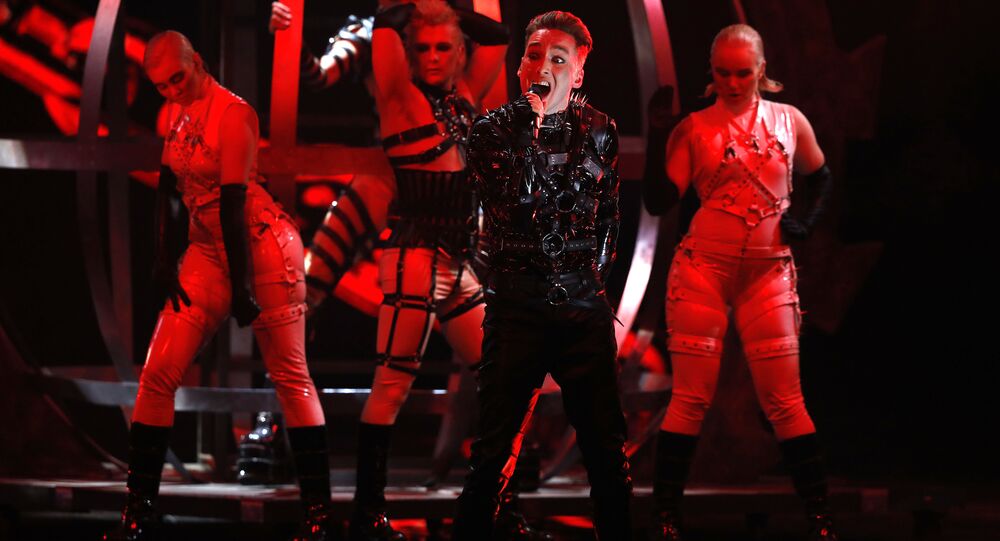 Pop icon Madonna, who performed in the Eurovision final as one of the event’s guest stars, also came under fire after two of her dancers were seen draped in Israel and Palestinian flags.

Organisers of the 64th Eurovision Song Contest have warned that Iceland’s participants may face punishment for “briefly” displaying Palestinian flags during the live broadcast of the event’s grand final on 18 May.

“The small Palestinian banners” were held up by members of Hatari, a leather-clad bondage punk trio, as their public vote was being announced. The group came in tenth position.

“The Eurovision Song Contest is a non-political event and this directly contradicts the Contest rules. The banners were quickly removed and the consequences of this action will be discussed by the Reference Group (the Contest's executive board) after the Contest”, organisers said in a statement.

This was preceded by Hatari criticising Israel in the run-up to the Saturday final and even challenging Prime Minister Benjamin Netanyahu to a “friendly match of traditional Icelandic trouser grip wrestling”.

In a separate development, a similar finger of blame was pointed at pop legend Madonna who appeared in the Eurovision’s grand finale# as one of the guest stars.

During her interval performance, two of the singer’s dancers wore Israeli and Palestinian flags on their backs, something that Eurovision organisers said “was not part of the rehearsals which had been cleared with the EBU [the European Broadcasting Union] and the host broadcaster, KAN”.

Here's a screenshot from Madonna and Quavo's #Eurovision performance of their song "Future," where two of the dancers had Israeli and Palestinian flags on their back. pic.twitter.com/INCdAUooiF

© AP Photo / Oded Balilty
Chief Rabbi Calls Eurovision “Desecration”, Calls For 20-Min Shabbat Extension
The organisers also underscored that Madonna “had been made aware” of the fact that “the Eurovision Song Contest is a non-political event”.

Earlier, pro-Palestinian groups urged Madonna and other guest stars not to take part in the 2019 Eurovision contest due to Israel’s alleged mistreatment of Palestinians.

A contestant from the Netherlands, Duncan Laurence, won the contest, with Italy’s Mahmood and Russia’s Sergey Lazarev coming second and third, respectively.