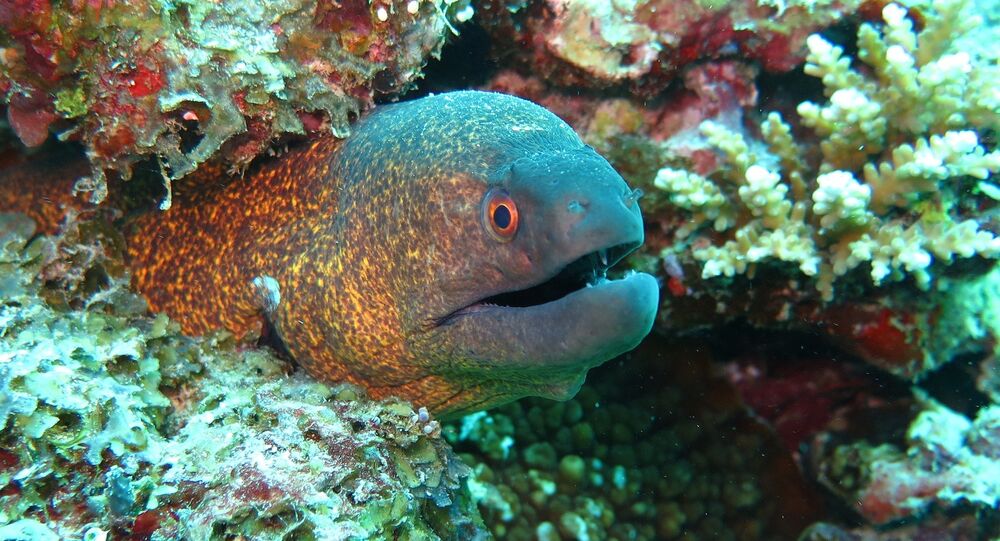 The neovaginoplasty has already been hailed as yet another breakthrough in gynaecological surgery, finding a way out of a sensitive predicament by using fish skin, something normally dismissed as a waste product, to replace human regenerative tissue.

A 35-year-old Brazilian woman has become the first transgender person in the world to have undergone successful vagina reconstruction surgery using the skin of tilapia, a freshwater fish, FocusOn News reported.

READ MORE: British Lady Shows How She Can Lift Weights With Her Vagina (VIDEO)

The pioneering surgery has finally given the patient, who goes by Maju, the chance of reviving her sex life: she underwent a sex-reassignment operation back in 1999 that caused her genitals to narrow and "collapse".

© AP Photo / Gemunu Amarasinghe
'It Doesn't Matter if You Have Vagina': Trans Woman Sets Sights on Miss Universe Tiara
The botched procedure turned sexual intercourse into a real torture, prompting Maju to choose abstinence even though she was married.

The three-hour-long neovaginoplasty, which was performed on 23 April, involved creating an incision where the vagina should be before inserting a tubular-shaped mould wrapped with tilapia skin to rebuild and extend the vaginal canal.

The sterilised and odour-free fish skin is said to promote the healing process since it's rich in collagen, and has an elasticity, which is as resilient as human skin. The fishy vagina-shaped mould is then absorbed into the body, transforming into cellular tissue similar to that of actual female genitals.

But that's not all: there is also a second mould made from silicone, and basically described as a very "big tampon" that is designed to remain inside the vagina for up to six months in order to prevent the walls from closing.

"We were able to create a vagina of physiological length, both in thickness and by enlarging it, and the patient has recovered extremely well. She is walking around with ease, has no pain and is urinating normally. In a couple months we believe she will be able to have sexual intercourse", Maju's surgeon Leonardo Bezerra revealed.

It's been three weeks since her surgery, but Maju is already "thrilled" with the result, saying that she feels "complete and like a real woman" for the first time in her life.

Since exploring the technique three years ago, Bezerra claims to have successfully treated ten women who were born without fully functioning genitals.