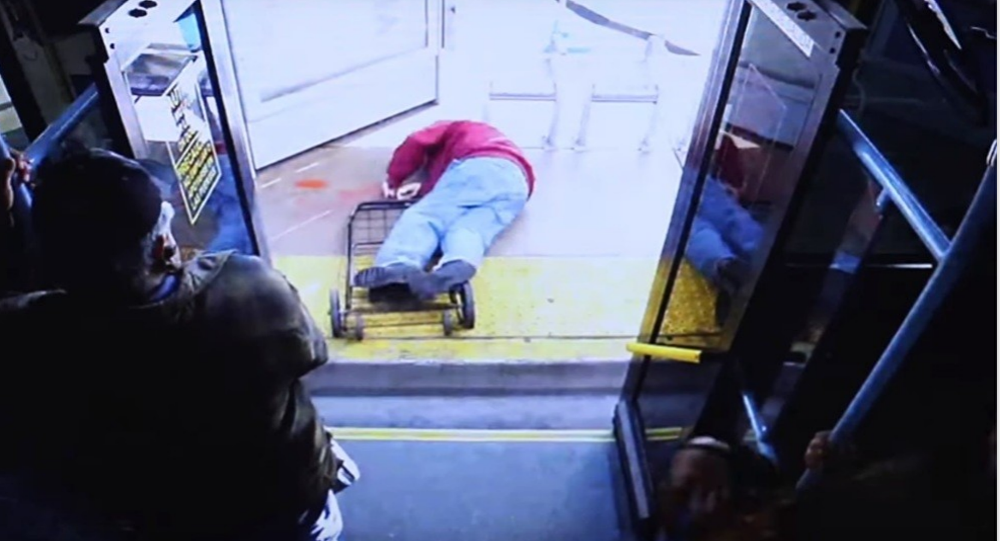 The footage, which doesn't contain audio, shows Cadesha Bishop, 25, visibly arguing with 74-year-old Serge Fournier on a bus in Las Vegas. Seconds later, Bishop can be seen vigorously pushing Fournier with both hands off the stopped bus as he exits with what appears to be a foldable cart or a walker. Fournier falls through the bus doors, landing face-down and motionless on the sidewalk.

​When officers first arrived at the scene of the incident, Fournier said he didn't want to receive any medical attention even though he was bleeding from the head. However, later that night, he was admitted to a hospital. He died on April 23 from blunt force torso injuries sustained from the fall.

According to the Las Vegas Metropolitan Police Department, the incident occured on March 21, but Bishop was arrested by police officials on May 6. She fled the scene of the crime before police arrived.

​She has been charged with the murder of an elderly, vulnerable person. Police officials believe that Bishop had been yelling profanities at people on the bus. When the bus stopped, Bishop and Fournier began to argue, after Fournier allegedly told Bishop to "be nicer to passengers."

Bishop is currently being held at the Clark County Detention Center on a $100,000 bail. Her preliminary hearing is to take place on May 23.

Homicide detectives have asked anyone who was present at the scene of the crime to come forward.