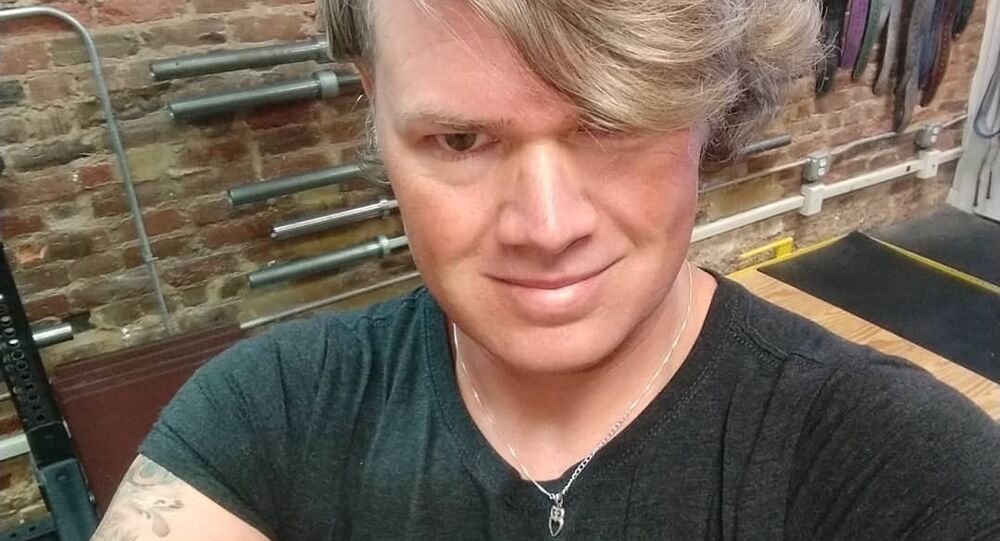 With the news about a trangender woman's loss of all of her titles getting wider and wider coverage, netizens have increasingly suggested that a special trans-category be introduced in sporting events to create a genuinely level playing field.

Mary Gregory, a US powerlifting champ who changed her gender to female before winning the world titles has been stripped of her medals after the sport’s governing body, the RAW Powerlifting Federation, ruled that she was still a man during the competition.

"It was revealed that this female lifter was actually a male in the process of becoming a transgender female", Federation President Paul Bossi confirmed, adding that the organisation’s “rules, and the basis of separating genders for competition, are based on physiological classification rather than identification".

Thank you for the opportunity to chat with you! ❤️ #Repost @platform_ready • • • • • • Last night I had the opportunity to speak with @75marylifts on #questionabledepthpodcast. A big thank you for sharing her story. Our sport is growing and evolving. Not every choice will appease everyone. I hope Mary’s story helps add to the dialogue on how we get from point a to point b and forward the common goal we all share of being on the platform and supporting one another in our shared interests. Regardless on your stance of transgender athletes it’s important to remember that everyone you interact with is a human deserving of decency. #platformready #sharetheplatform #powerlifting #transathlete #questionabledepth #roomforeveryone

Bossi proceeded to voice the test results, stating that “the correct physiological classification is male”, pointing out that she technically did not break any world record as the contestant’s gender classification is inconsistent with females. In other words, the compulsory doping control proved that she should have qualified for the men’s competition.

Yay, it's Friday!!! I didn't pass out today!!! And I misloaded the bar, lol. — Was actually very anxious going into these pulls. Despite my attempts to blow it off passing out at 55lbs below your PR pull is NOT cool! I actually released my valsava at the top today and viola, no passing out! Took a quick breath and reset as tight as could for the trip down. Will have to work on this next training block, imo releasing tension/ valsava mid rep isn't not optimal but it worked! — The cherry on top is I meant to load 177.5kg and actually loaded 182ish! My confidence really needed this today! @savvysavit @richmondbalance804 #transrightsarehumanrights🌈#sharetheplatform#powerliftingwomen#sumoischeating#exodusstrength#upliftandliftheavy

Gregory broke four women’s world records in sporting disciplines such as the squat, bench press, and deadlift categories, as well as earned a “Masters total world record” for her powerlifting scores across the board at the 100% Raw Competition last month.

Almost a year prior to the competition, Gregory had begun Hormone Replacement Therapy (HRT,) which includes oestrogen treatment, as well as the use of hormone blockers to regulate her testosterone levels, with the timing suggesting that she could go for the title, under a 2016 ruling by the International Olympic Committee.

The move to revoke Gregory’s winning titles was, however, praised by a number of sportsmen and netizens, with ex-Olympic swimmer Sharron Davies tweet back right after the tournament in April that there is no justice in “male physiology” grabbing the first prizes in a female event.

This is a trans woman a male body with male physiology setting a world record & winning a woman’s event in America in powerlifting. A woman with female biology cannot compete.. it’s a pointless unfair playing field. https://t.co/sI9i3AFANB

"It’s a bloody joke and all getting ready for biological women to boycott certain events. Have a trans category if need be but even better a trans games. Otherwise I’m starting to worry about the backlash and abuse that the trans community will get from spectators. It will happen".

The federation’s decision seems to have also struck a chord with many news readers, with one calling Gregory a “mentally r*tarded tras*domite”, adding that the approach is “dangerous to humanity”.

Mentally retarded transodomite, Mary Gregory is having his weight lifting records in women's powerlifting stripped. I sure do pray that the world stops feeding into the mentally handicap that think they are a different gender than they really are. It is dangerous to humanity.

One openly called “her” out as “a cheat”:

Mary Gregory did not follow the rules for trans inclusion in her sport and was disqualified and had her records removed. She was a cheat.

…while another similarly referred to the federation’s move as finally serving justice and adding that feminists should rejoice about this:

Listen, I have nothing against Mary Gregory, but "she" should not be weightlifting in the women's weightlifting sport. Every feminist out there should be thankful this is finally getting corrected.https://t.co/rrQKi2Ljzs