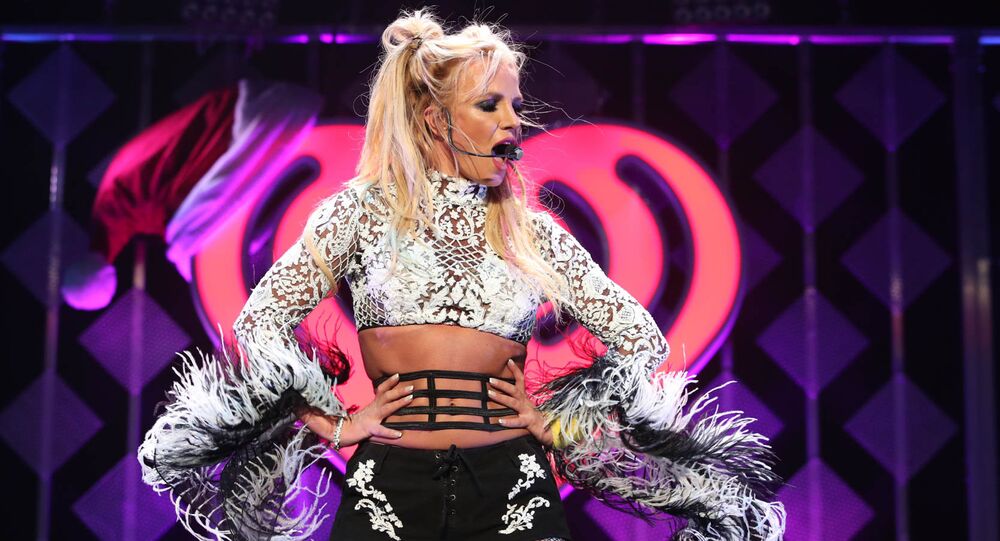 Social media users have launched a #FreeBritneySpears campaign after rumours emerged that the pop princess’ father was holding her in a mental health facility against her will.

US pop star Britney Spears might never be “physically, mentally, and passionately ready” to return to Las Vegas for another concert residency, TMZ reported, citing her long-time manager Larry Rudolph.

“As the person who guides her career – based on the information I and all of the professionals who work with her are being told on a need-to-know basis – from what I have gathered it’s clear to me she should not be going back to do this Vegas residency, not in  the near future and possibly never again”.

The Toxic singer was supposed to kick off another series of Vegas shows back in February, but they were put on hold when her father fell ill and nearly died from a ruptured colon last November – the circumstances of which Rudolph called a “perfect storm”.

“We had to pull her show because her meds stopped working and she was distraught over her dad’s illness. Last summer, when she wanted to tour, she called me every day. She was excited. She hasn’t called me in months. Crickets. She clearly doesn’t want to perform now”, he said.

Looking into the future, the manager said that he didn’t want her to work until she’s ready, even if it means never.

“I have no desire or ability to make her work again. I am only here for her when she wants to work. And, if she does want to work again, I’m here to tell her if it’s a good idea or a bad idea”.

His comments come after Britney reportedly told a judge that her father Jamie had committed her to a mental health facility and made her take drugs against her will.

© Sputnik / Илья Питалев
Netizens Flood Social Media With Support for Britney Spears While Her Family Going Through Rough Times
The claims were made as she tried to adjust the conservatorship that lets Jaime run her affairs due to her allegedly fragile mental state.

Contrary to many reports, TMZ wrote that Britney’s dad does not have the power under the conservatorship to force her into treatment or to take medication she doesn’t want to take.

The singer earlier took to Instagram to tell her fans that she had entered the mental unit following stress surrounding her father’s health and was released from the facility late last month.

“I wanted to say hi, because things that are being said have just gotten out of control! Wow! There’s rumours, death threats to my family and my team, and just so many crazy things being said. I am trying to take a moment for myself, but everything that’s happening is just making it harder for me. Don’t believe everything you read and hear”, she said in a short video.

I wanted to say hi, because things that are being said have just gotten out of control!!! Wow!!! There’s rumors, death threats to my family and my team, and just so many things crazy things being said. I am trying to take a moment for myself, but everything that’s happening is just making it harder for me. Don’t believe everything you read and hear. These fake emails everywhere were crafted by Sam Lutfi years ago… I did not write them. He was pretending to be me and communicating with my team with a fake email address. My situation is unique, but I promise I’m doing what’s best at this moment 🌸🌸🌸 You may not know this about me, but I am strong, and stand up for what I want! Your love and dedication is amazing, but what I need right now is a little bit of privacy to deal with all the hard things that life is throwing my way. If you could do that, I would be forever grateful. Love you ❤️❤️❤️

Still, the #FreeBritney movement has been gaining momentum as fans demand that her conservatorship be lifted.

WHAT #FREEBRITNEY MEANS: READ IF YOU DONT KNOW WHATS GOING ON WITH @britneyspears pic.twitter.com/Rrvo7Q9Jti

The pics say it all 🙌🏻 #FreeBritney pic.twitter.com/8z9bmrsS4F

Britney has been under conservatorship for over 11 years after suffering a mental health breakdown in 2007 and 2008, with many crediting Jamie with saving his daughter’s life at the time.

READ MORE: Britney Spears Was Ahead of Time: Reactions as Toxic Becomes Word of Year

In 2007, the whole world watched the pop star go into a downward spiral as she infamously shaved her head with electric clippers and attacked a paparazzi car with an umbrella before eventually checking into a rehab.