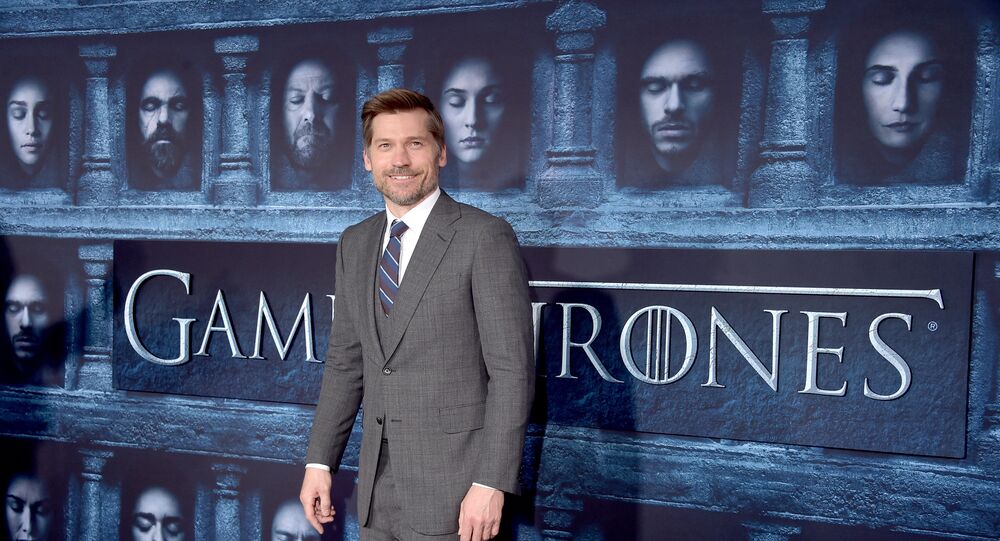 Just a week after Game of Thrones viewers made fun of the show’s editors for failing to notice a modern-day coffee cup accidentally left in the shot, HBO’s mega-hit has served up a fresh slip-up.

Game of Thrones took one step closer to its dramatic finale with last night’s bloody episode, “The Bells”, but it seems like even die-hard fans of HBO’s epic saga are more focused on editing blunders rather than plot twists.

After the infamous coffee cup spotted in the previous episode became the talk of the town, fans kept their eyes out for new bloopers, and have apparently found one: Kingslayer Jaime Lannister, who got his right hand chopped off at the wrist in season 3 and has worn a fake gold replacement ever since, has miraculously regrown the severed part.

As seen in the promo stills taken from his final scene, mortally wounded Jaime shares a final embrace with his twin sister-turned-lover Cersei as the walls of the Red Keep are collapsing around them after Daenerys Targaryen and her last dragon are setting King’s Landing ablaze, burning every single inhabitant of the city.

The blunder triggered a troll-fest on social media, with many posting the photo-proof:

“We kind of forgot Jaime lost his right hand in s3” pic.twitter.com/jEuPI4GY2Q

Others came up with their own versions of how Jaime’s hand could have grown back:

The power of love.

It automatically grew back when he regressed to his season one self.

Some netizens alluded to last week’s editing mistake when a Starbucks-like paper coffee cup was accidentally left in a shot:

#قيم_اوف_ثرونز
Oops, looks like the Starbucks mishap was only the tip of the iceberg. Jaime's hand magically healed in Episode 5.😂😬 pic.twitter.com/7Rp5LIDY96

A random coffee cup was left around the set of episode four.

How else is he going to hold his Starbucks?

Many noted that the blunder only appeared in the still image, but not in the episode:

This isn't in the episode btw

It isn’t in the actual show

this is from the behind the scenes episode 🙄. actual shot from the show. pic.twitter.com/bKjulTJz9J

It… didn't? That's just a promo shot. His hand was clearly golden and fake in the episode. pic.twitter.com/nvaDOme7LF

HBO has yet to react to the fans’ observation: after the cup gaffe, the network sarcastically responded: “The latte that appeared in the episode was a mistake. Daenerys had ordered an herbal tea”.

The latte that appeared in the episode was a mistake. #Daenerys had ordered an herbal tea. pic.twitter.com/ypowxGgQRl