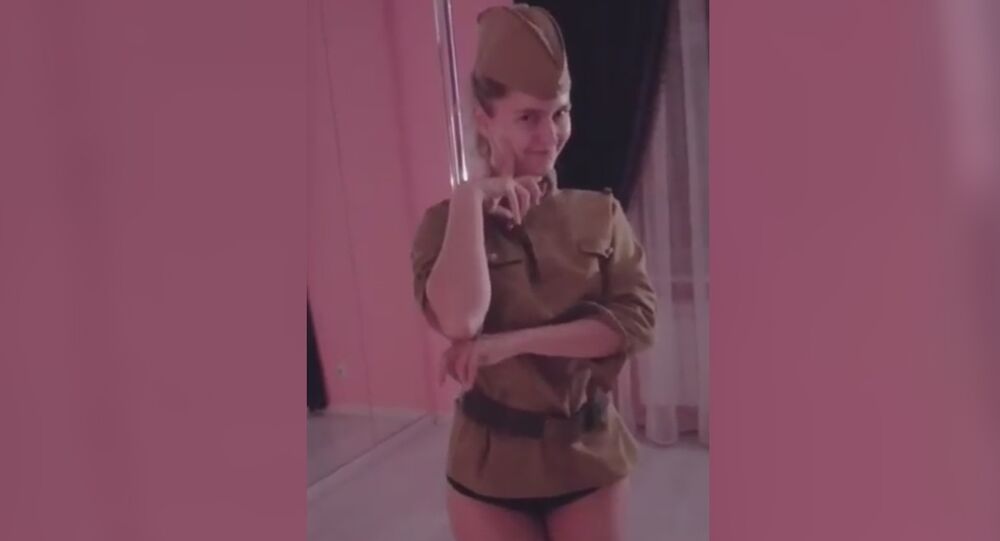 People across the former Soviet Union and around the world marked Victory Day on Thursday, commemorating the Soviet victory over Nazi Germany and its allies in the Great Patriotic War.

Russian pop singer Oksana Yakovleva has courted outrage online after posting a video on Instagram in which she does some pole dancing in her underwear while wearing a Red Army soldier's jacket and cap as a well-known 1940s wartime song plays in the background.

In the accompanying message, Yakovleva, known online under the alias Yaxana, congratulates her followers with Victory Day, and asks users how they planned to celebrate "this joyous holiday."

The singer's video, appearing on Victory Day, celebrating the end to a war that cost the Soviet Union 26 million lives, was met with a mix of anger, shock and disbelief online, with users accusing Yakovleva of sullying the holiday, or urging her to remove the video not to disgrace herself further.

"Nothing is sacred!" one user lamented. "Where are your pants?" another asked. A third accused Yakovleva of displaying "awful vulgarity" in hopes of increasing her popularity.

"Young woman, in this outfit that your apparently consider a fancy costume…people went through war, cold, hunger, death, illness and loss; your content is offensive to veterans who recognise why May 9 is a holiday (with tears in one's eyes). What on Earth prompted you to create such content?" one commenter asked. "The world has gone mad! You have turned a great holiday into an act of debauchery. There's nothing sacred left," another chimed in.

© Sputnik /
Highlights of the 9 May Victory Day Parade in Moscow (PHOTOS)
"No one doubts that this girl knows how to spin on a pole…but this is Victory Day, fair lady, and is dedicated to the memory of those thanks to whom we live, and to those thanks to whom you have the opportunity to spin on a piece of metal in your underwear. And it would not hurt to remember this!" yet another user wrote.

A few of Yakovleva's followers rushed to defend the young woman, however, with one insisting that the "freedom of action and speech" which she expressed with her dance is what veterans fought for, with others saying they saw nothing vulgar in her video. "Even during the war there was a place for love, passion and beauty. Peace!" one defender wrote.