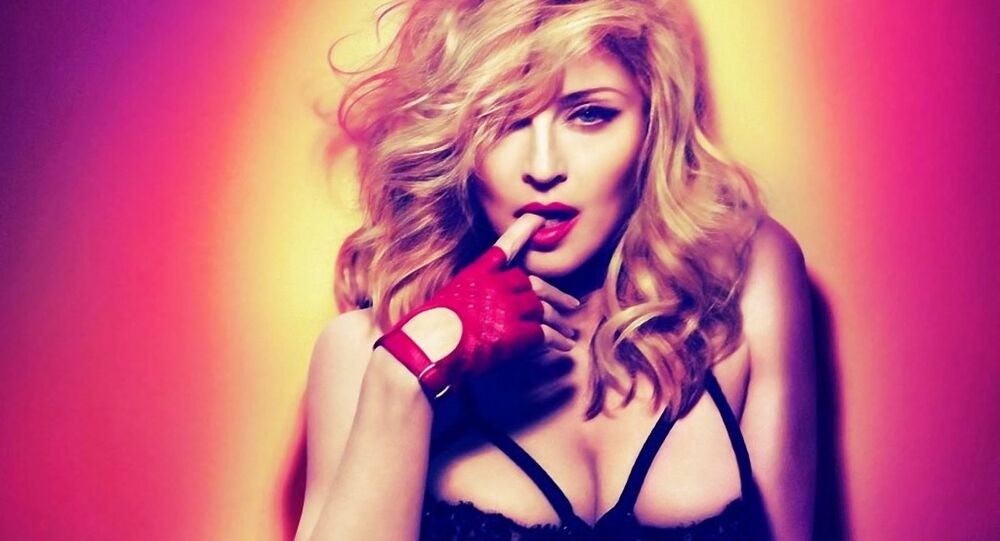 While the social media crowd pondered why Madonna dressed that way, veteran journalist Piers Morgan suggested that it was merely a publicity stunt aimed at promoting her new tour.

Legendary pop star Madonna has apparently managed to raise quite a few eyebrows online due to the way she recently arrived at the JFK airport in New York.

Apparently due to her intent to arrive incognito, the famous singer donned a burqa coupled with a pair of shades, while dressed in a New York Yankees coat, a pair of sweat pants and Louis Vuitton sandals.

This development also did not escape the watchful eye of veteran journalist Piers Morgan who promptly roasted her in his Daily Mail column.

FFS. Madonna’s gone nuts.
I’ll have to do a column on this. pic.twitter.com/tCDyD1SfpF

​According to him, Madonna’s stunt was "grotesquely offensive" and was merely aimed at promoting her new tour.

"Madonna sported a burka to JFK because she has a new tour coming up and wants to promote it. So she’s fallen back on her old tried-and-tested PR playbook of doing something offensive and outlandish to attract media attention", Morgan wrote. "And if that means mocking Muslim women to rack up the cash registers, so be it. Of course, attacking religion for publicity is nothing new for Madonna".

A number of social media users seemed to concur with his assessment.

Just looking for attention because she can't get any from her music or sex scandals anymore. Don't rise to it

The old girl is getting more desperate than that plastic horror Price!

She lost the plot quite some time ago so nothing surprises me with her now. Her attention seeking knows no bounds

​Some also suggested a different reason for Madonna to try and conceal her face.

Hiding a recent visit to a cosmetic surgeon?

Obviously had surgery and using other cultures for her convenience.

One botox too far

​And one person even playfully suggested that it might’ve been a different person trying to hide their identity under that veil.