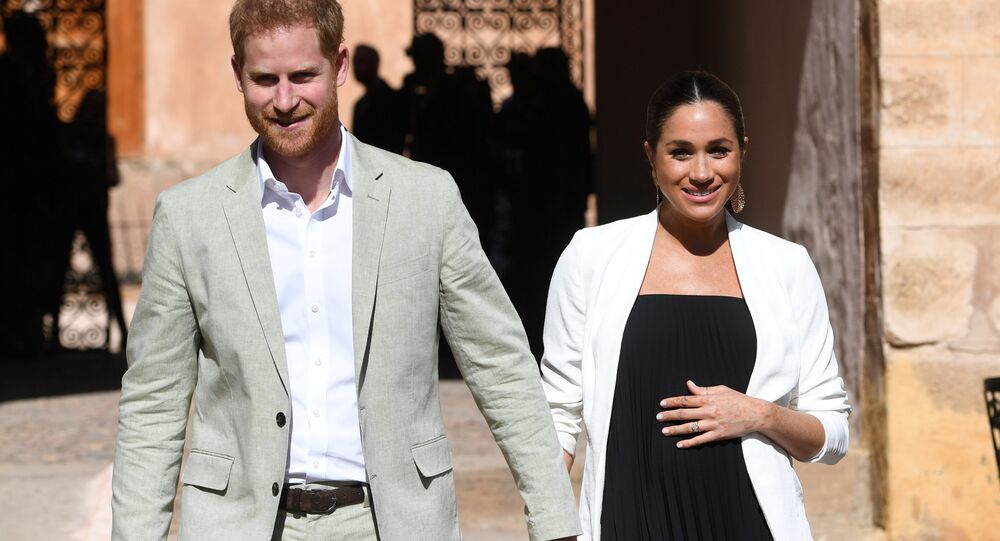 'Just Over the Moon:' Duchess of Sussex Meghan Gives Birth to Baby Boy

The beaming father, Prince Harry, has addressed the happy moment of his life saying he is "just over the moon" after the birth of his first child.

The Duke and Duchess of Sussex have become parents, welcoming their firstborn child, a son, on the early morning of 6 May, according to the statement posted on the Sussexes' official Instagram account.

We are pleased to announce that Their Royal Highnesses The Duke and Duchess of Sussex welcomed their firstborn child in the early morning on May 6th, 2019. Their Royal Highnesses’ son weighs 7lbs. 3oz. The Duchess and baby are both healthy and well, and the couple thank members of the public for their shared excitement and support during this very special time in their lives. More details will be shared in the forthcoming days.

According to the happy newly-minted Dad Prince Harry, the boy is "healthy and absolutely to die for." He says he is "just over the moon" about the infinitely happy moment.

"The Duchess and baby are both healthy and well, and the couple thank members of the public for their shared excitement and support during this very special time in their lives," the statement reads, adding updates will follow shortly, in the coming days.

Queen Elizabeth's grandson, 34-year-old Harry, and Meghan, aged 37, a US-born former actress, married in a lavish ceremony at the monarch's Windsor Castle in May last year, and in January, Meghan Markle confirmed her pregnancy, however without detailing her due date.

The newborn baby is the eighth great grandchild of the 93-year-old queen, the world's longest-reigning monarch, and could be entitled to hold joint British and American citizenship according to nationality rules.