The online competition for YouTube's biggest channel between the Swedish vlogger and the Indian record label and movie production company has come to epitomize the online battle between individual creators and corporate giants.

The chief of T-Series insists that his company did not intend to hold YouTube's No. 1 spot, but that changed when then-YouTube king PewDiePie's began scoffing at T-Series' growing popularity.

"We were never in this tussle to become number one or two with anyone," T-Series chairman and managing director Bhushan Kumar said in an interview with Quartz India.

"But all along there were these sarcastic comments from PewDiePie. And that's how we decided to respond to the comments," he added.

The T-Series head honcho has largely shied away from the online battle with PewDiePie; he entered the spotlight as late as March, appealing for Indians to subscribe to the T-Series YouTube channel in order to "create history".

"I launched the #BharatWinsYouTube campaign, seeking more subscriptions from Indians," Kumar recounted. "For us, this status does not result in any change on the commercial front. However, it changes the perception about who we are. With these developments, T-Series gets promoted. What is heartening is that now we are seeing growth even in countries where people were not watching our channel earlier." 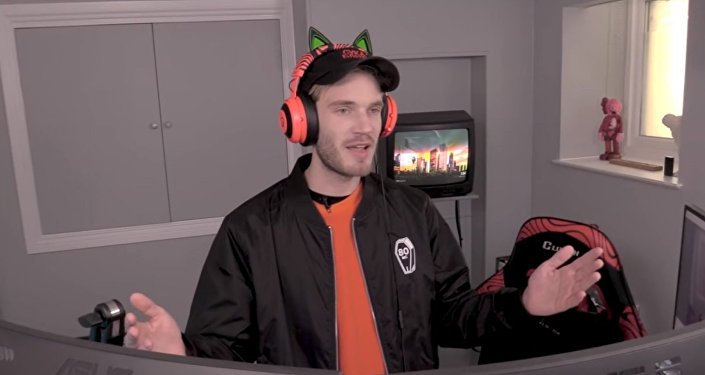 As of the time of publishing, the Indian company has just under 96.7 million subscribers (over 1.5 million ahead of PewDiePie). The Swede, meanwhile, appears to be willing to bury the hatchet.

He has urged his fan base to stop perpetuating the "Subscribe to PewDiePie" movement, because some people have apparently gone too far in their coordinated efforts to promote him.

He was referring to vandals who scratched "Subscribe to PewDiePie" on a World War II memorial, and to the Christchurch shooter, who plugged PewDiePie during a livestream minutes before opening fire.

"This movement started out of love and support. So let's end it with that," he said.