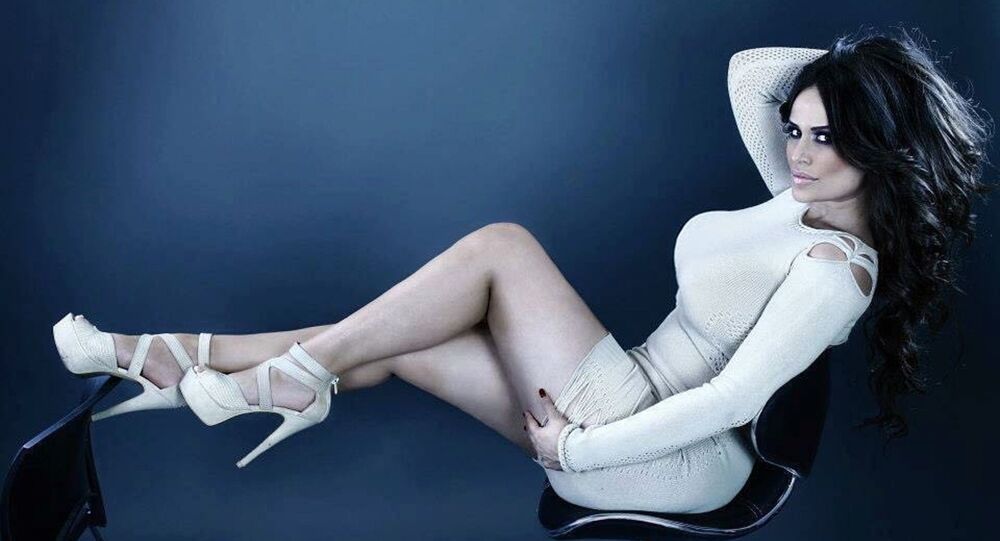 The woman claims that her beauty is natural, unlike Kim, who has gone under the knife on several occasions to look picture-perfect.

Kim Kardashian West has a look-alike in Serbia who thinks that she doesn't need to keep up with perhaps the most high profile of the Kardashians.

Indira Aradinovic, who performs under the stage name 'Indy', told Serbian tabloid Alo! that she is sometimes compared to Kim, but she doesn't completely agree with the comparison.

"We have a somewhat similar hairdo or similar make-up style at the moment, but it is a coincidence. I don't copy it or keep track of her styling and her career," Indy was quoted as saying.

The 32-year-old Serbian pop star also acknowledges that she and Kim have a similar physique, but insists that the ways they enhance their appearance is key.

"I'm more beautiful, if we are honest," Indy added.

"I mean, I'm totally natural, I have not done anything to myself, while Kim has undergone many operations and has a lot of money. I would also like to have a lifestyle like hers, but money is no guarantee of happiness," she concluded.

Although one might consider Indy to be Serbia's answer to Kim Kardashian, she is not the first woman who is said to look like the American celebrity. At least two models, Kamilla Osman from Canada and Demi Rose Mawby from the UK, have likewise capitalised on their apparent resemblance to Kim — and it's not hard to see why.