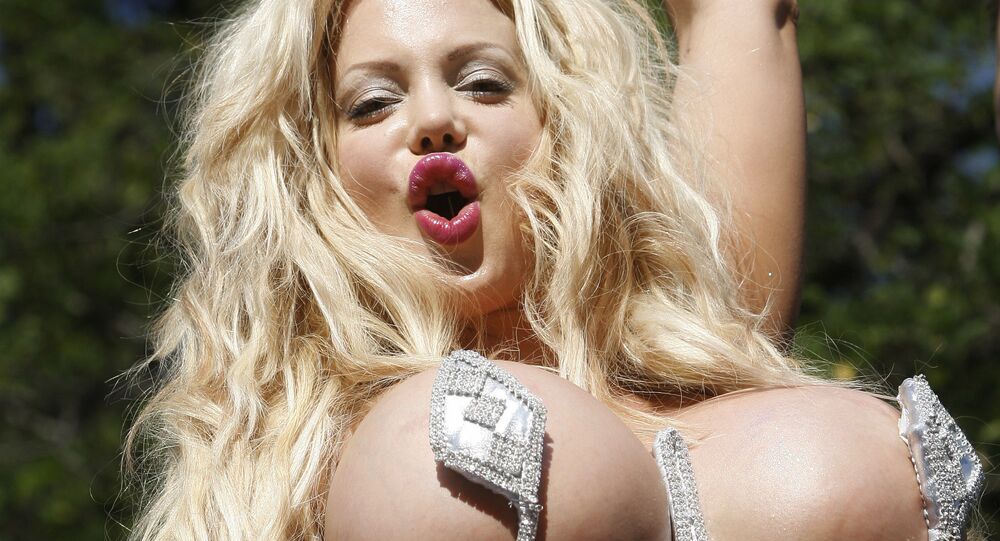 Sabrina Sabrok, an Argentine adult film star and TV personality who has undergone over 50 surgeries in her quest to have "the biggest bum in the world", says her ancestors suffered an extraterrestrial intervention in the remote past.

Sabrina Sabrok, a self-styled psychic and medium who has recently set up a Satanic cult, appears to believe that her blood came from outside sources.

"I worked with researchers who told me that my blood type is not from this planet," the 43-year-old former Playboy model told the Daily Star. "There are even theories that aliens carried out experiments with humans, mixing DNA and things like this."

"As a result, some people are Rh-negative," she was quoted as saying.

Rh-negative blood refers to the type of red blood cells that do not have a protein called the Rhesus (Rh) factor on their surface. Nearly 85 percent of the world's population is estimated to have Rh-positive blood, while the rest are Rh-negative.

Rh-positive individuals can be given transfusions of both types of blood, but Rh-negative people should only get Rh-negative blood, because there's a chance that an incompatibility might happen otherwise.

Scientists believe that Rh-negative blood is the result of a mutation that happened during our evolution, but some conspiracy theorists suggest that Rh-negative individuals have evolved from aliens who mated with or experimented on humans when they came to our planet.