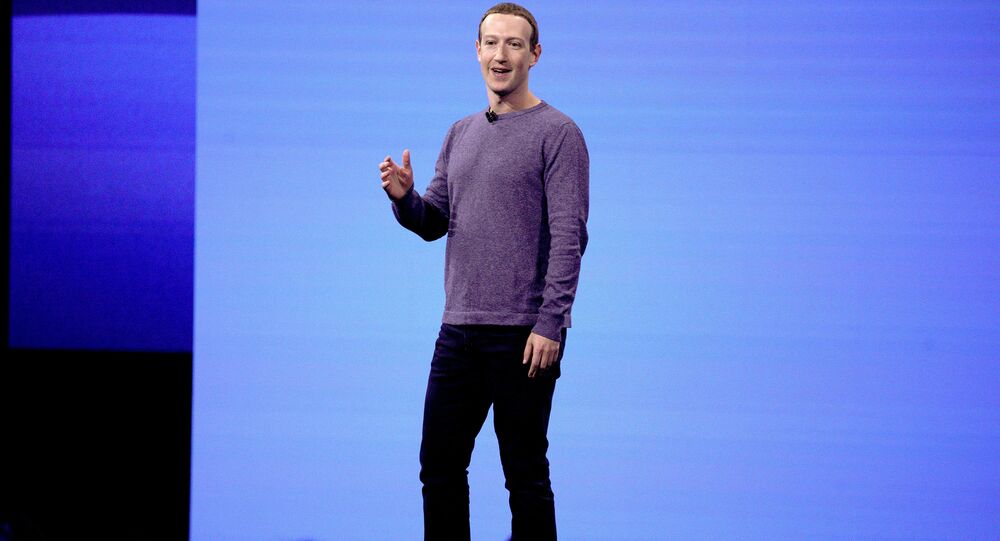 The new Facebook experience is expected to be centered on private messaging and communities, indicates Mark Zuckerberg, who is trying to improve the reputation of his company following more than a year of data privacy scandals.

Facebook's CEO and founder Mark Zuckerberg has heralded a new, privacy-focused era for his company, after data privacy rows shattered public confidence in Facebook and put it under increased scrutiny across the globe.

At the annual F8 conference on Tuesday, Zuckerberg announced a major overhaul of Facebook's app and website, which now will encourage users to interact more within their private groups. He also promised end-to-end encryption in private messaging and pledged to remove groups that have "harmful content". Privacy changes would also be extended to Facebook-related platforms such as Instagram and WhatsApp.

"I get that a lot of people aren't sure that we're serious about this," Zuckerberg said through forced laughter. "I know that we don't exactly have the strongest reputation on privacy right now, to put it lightly," he added, drawing a barely audible titter from the audience.

The moment Mark Zuckerberg tries to make a joke about privacy and nobody laughs: pic.twitter.com/izt7kIhjLz

While Zuckerberg's perceived inability to display human emotions has become a running joke on the internet, the clip from F8 has triggered a plethora of jokes yet again.

It is almost able to replicate human behaviour and emotions

He's about as charismatic as a wet dog.

All jokes aside, some people were seemingly outraged with the Facebook boss laughing off the company's failure to properly handle their data.

Nobody on stage at the Facebook event showed any remorse, looked sorry, or apologized for the company's terrible year. When Zuckerberg admitted that their record on privacy wasn't very good, he was giggling like a naughty school boy like it was *funny*.

Mark Zuckerberg thinks what’s happening on Facebook is funny. What a dick. https://t.co/TIvoopCkqD

Remember that time you trusted my company and we sold your most personal information to pretty much anyone, oh, and without your knowledge or consent? Haha, good times.

Facebook has been mired in a spate of scandals related to users' privacy since early last year. Only this month, the tech giant admitted to have unintentionally collected the emails of up to 1.5 million users without their consent, while separate reports emerged that it used the personal data of its users as bargaining chips in business dealings, rewarding "favourites" or disserving rivals.

Facebook admitted in March that it had stored "hundreds of millions" of account passwords unprotected for years.

In February, media reported that the US Federal Trade Commission and Facebook were discussing a multibillion-dollar fine for user privacy violations.

But perhaps the biggest scandal erupted last year, when it was revealed that political consultancy firm Cambridge Analytica harvested the personal information of roughly 97 million users without their consent, with Facebook admitting to have been aware of the breach since 2015.

Multiple instances of alleged misuse of data by Facebook have prompted several governments, including those of the US, the UK, and Canada, to kick off their own investigations.