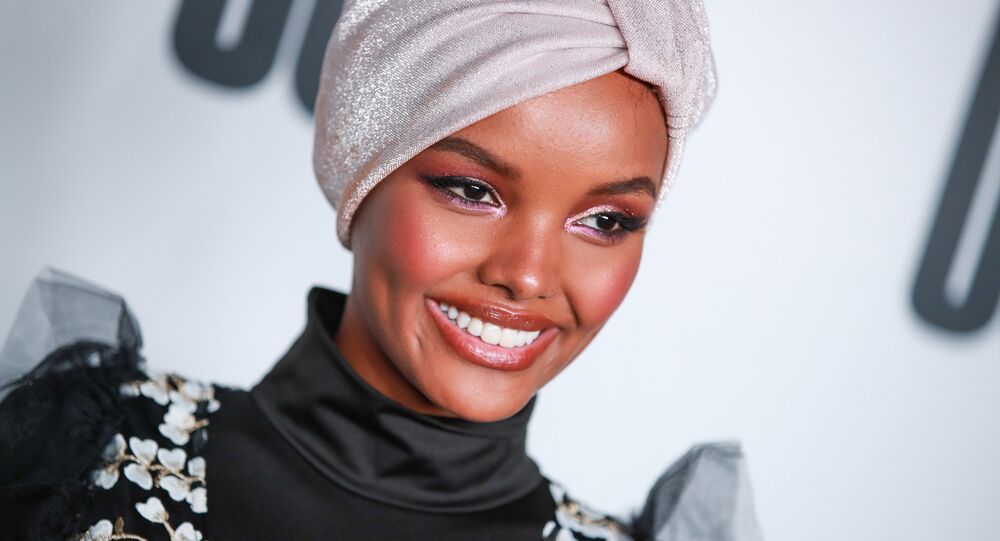 This is not the first time that Halima Aden, a Muslim Somali-American model, has made international headlines: in 2018, she became the first model of colour to wear a hijab on the cover of British Vogue.

Halima Aden, a former Miss Minnesota USA semi-finalist, has made a big splash, becoming the first model to wear a colourful burkini and hijab in the swimsuit edition of Sports Illustrated (SI) magazine.

Don’t change yourself.. Change the GAME!! Ladies anything is possible!!! Being in Sports Illustrated is so much bigger than me. It’s sending a message to my community and the world that women of all different backgrounds, looks, upbringings… can stand together and be celebrated. Thank you so much @si_swimsuit & the entire team for giving me this incredible opportunity.

The Muslim model of Somali descent who was born in a Kenyan refugee camp where she lived until she moved to the United States, returned to her birth country for the photoshoot together with fashion photographer Yu Tsai.

“I keep thinking [back] to six-year-old me who, in this same country, was in a refugee camp. So to grow up to live the American dream [and] to come back to Kenya and shoot for SI in the most beautiful parts of Kenya – I don’t think that’s a story that anybody could make up”, Aden told SI.

While the majority of media outlets keep saying that the 21-year-old has broken boundaries with her burkini debut in SI's Swimsuit edition, out in May, most social media users tend to not agree with that.

Many have claimed that her outfit was promoting “oppression” and “control” and even dubbed it “#1 symbol of women’s lack of freedom”:

When I see this I see oppression and control. Nothing sexy about this either.

#1 symbol of women's lack of freedom.

Yes. Because nothing spells "progress" like a religion that forces women to bake in the hot sun covered from head to toe in black cloth with a flotation device covering their nipples. Gross.

I will applaud her when every woman in the world will have the right to choose what they wear. Until then she’s just promoting oppression and patriarchy. Sadly

Some said that the idea behind the SI Swimsuit edition was to actually wear one:

Looks like a seal that got tangled up in a shower curtain.

Talk about a boner killer. Guys didn’t want MORE covered. The idea is LESS.. but A+ for being all politically correct.. 🙄

Others, however, felt compelled to defend both the model and the magazine for using the “power of fashion” to promote diversity and inclusivity:

Halima Aden writes history again. She is the first model everrr to wear a hijab and burkini for Sports Illustrated Swimsuit. Love. Use the power of fashion and magazines to make society more inclusive. #diversityrules #beautyisdiverse #swimsuitsforall @SI_Swimsuit pic.twitter.com/XDSTBSNgnS

These comments are what is wrong with the world. Why is it so hard for you ignorants to respect the cultures and beliefs of others? Is this photo shoot really threatening your American dream? Get a freaking grip. She looks beautiful.

So proud of @SI_Swimsuit! Must not have been an easy discussion to show all women are beautiful, since some of their subscribers are so toxic.

These comments are ridiculous. She is beautiful. Women don’t have to show their bodies and do whatever men want them to do. I’m glad Sports Illustrated recognizes that beauty is diverse. ❤️

Aden, who was also the first contestant in the Miss Minnesota USA pageant to wear a burkini and a hijab, became the first hijab-wearing model to appear on the covers of Vogue Arabia in the June 2017 issue and US magazine Allure in July 2017.