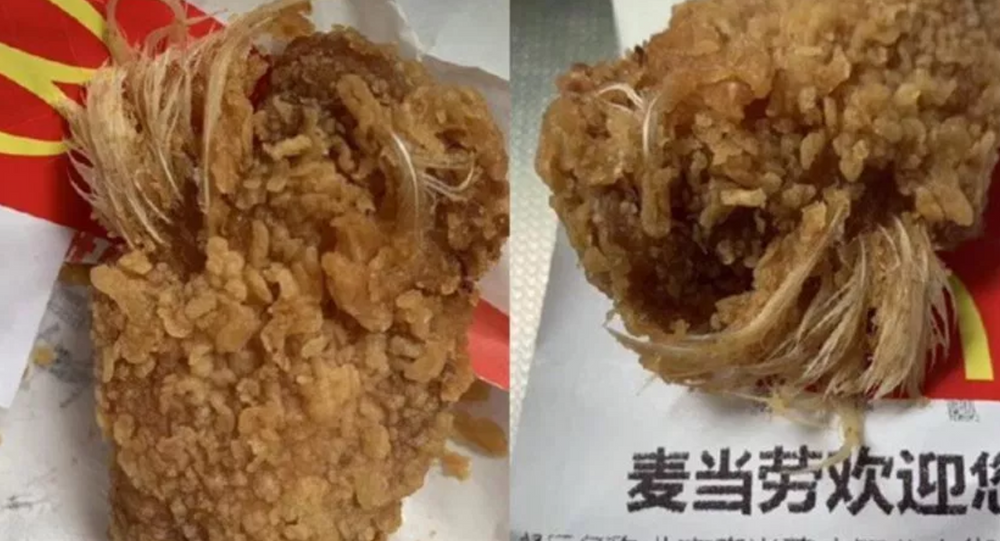 A woman in Beijing, China, was shocked when she found a side of feathers with her delivery of chicken wings from McDonald’s on April 21.

The woman, who is only identified by her last name Zhou, uploaded a video to the internet which very clearly shows yellow feathers sticking out of a chicken wing.

​According to the Asia Times, the woman and her family had already eaten three wings, before her daughter took a bite of the one containing the feathers. Her daughter did not show any signs of illness after almost eating a mouthful of plumes.

Zhou notified the McDonald's location of her discovery, and the restaurant quickly offered to compensate her at 10 times the price of the chicken wings in addition to 300 Yuan ($45) in cash or coupons, Asia Times reported. However, the woman turned down the fast food spot's offer and instead reported the case to the state food and drug administration.

"The feathers were still attached to the chicken wing. We have questions about how the restaurant handles food safety," Zhou told Chinese media in a recent interview, Asia One reported.

Some Weibo users were doubtful that the feathers would look as they did after being deep-fried, while others joked that, on the bright side, at least they now know that McDonald's chicken wings are made from real chickens.

Muscovite Takes McDonalds to Court Over 'Stench' of French Fries