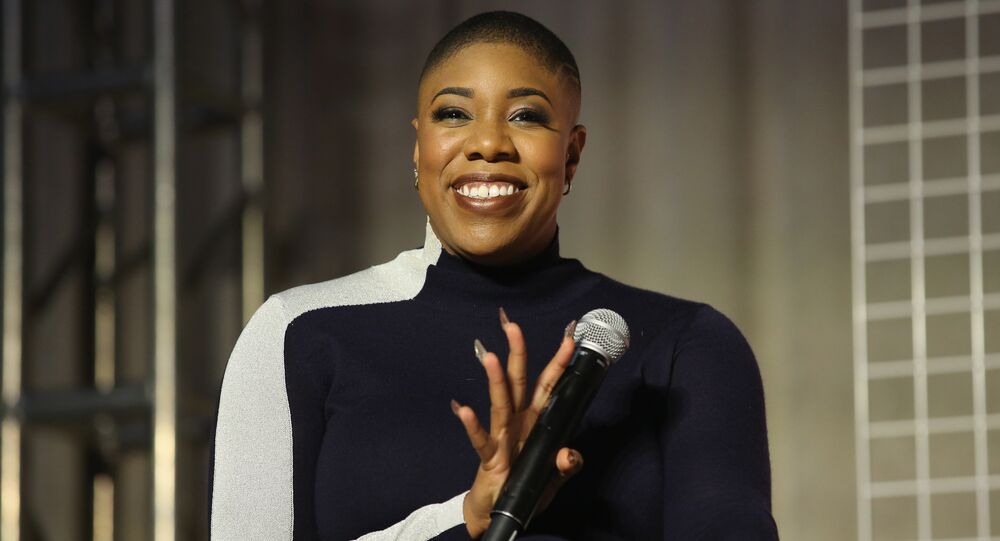 In 2016, Symone Sanders insisted that she wanted “to hear from the millennials and the brown folks” when it comes to the Democratic Party leadership, which apparently did not deter her from siding with the presidential candidate who’s neither a millennial nor brown.

Symone Sanders, a political strategist and Democrat, has recently joined the campaign staff of former US Vice President Joe Biden who is now seeking to be elected president in 2020, even though a few years ago, she vocally opposed white people running the show in the Democratic Party, The Washington Free Beacon reports.

© AP Photo / Manuel Balce Ceneta
WATCH Students Be Freaked Out by Joe Biden’s Extra Touching Habits
As the media outlet points out, Sanders delivered her statement in 2016 in response to the alleged plans of DNC ex-chairman Howard Dean to run for the position again.

"In my opinion we don't need white people leading the Democratic Party right now. The Democratic Party is diverse, and it should be reflected as so in leadership and throughout the staff at the highest levels. From the vice chairs to the secretaries all the way down to the people working in the offices at the DNC", she said.

Sanders also added that she wants "to hear more from everybody… from the millennials and the brown folks", with the media outlet pointing out that Joe Biden "is neither brown nor a millennial".

And though Sanders did remark on Twitter that Biden "won’t always be perfect", news of her new position has resulted in quite a lot of raised eyebrows online as people recalled her previous comments and actions.

How can you work for a man who wrote & voted for anti-busing bills from 1972-the 80s that were designed to stop the desegregation of schools? And a man who abandoned Anita Hill for Clarence Thomas? I guess $ trumps your morals. #NeverBiden's using you & you're letting him.

Why do you keep backing white men over Women and POC? Especially WOC.

They're going to trot you out every time he has to answer a question about Anita Hill and groping little girls and women. I hope the paycheck is worth it.

​On 25 April, Joe Biden formally announced his decision to seek the Democratic Party's nomination for the 2020 US presidential election, sharing this news with the public via social media.

In response, US President Donald Trump slammed him as “Sleepy Joe” on Twitter, wondering aloud whether the latter has “the intelligence, long in doubt, to wage a successful primary campaign”.