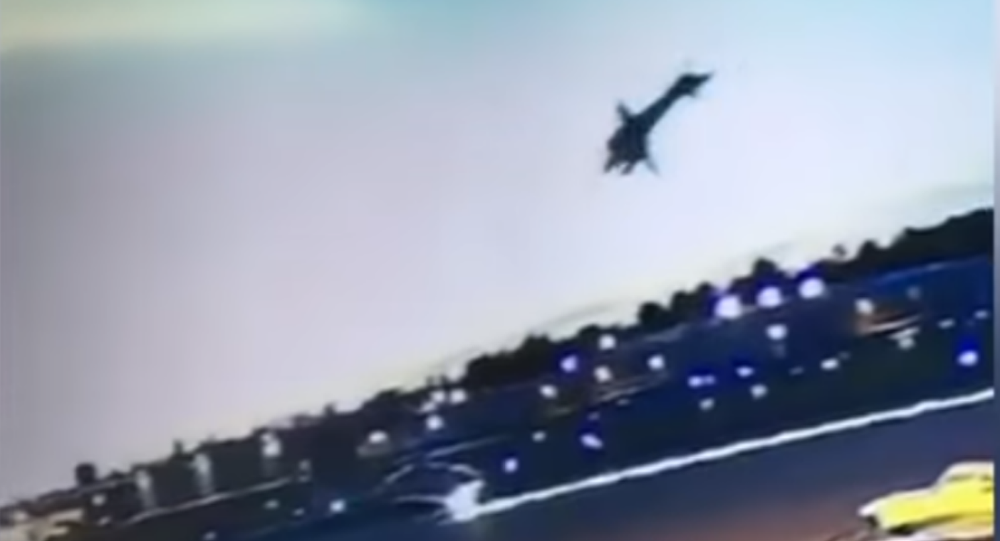 A pilot died after the small, private plane he was flying crashed and exploded into flames seconds after taking off from Fullerton Municipal Airport in Southern California on Thursday at 7:50 p.m. local time.

Video footage of the incident released on YouTube shows the six-seat Beechcraft Duke, an American-built, twin-engine aircraft, taking off and traveling around 15 feet above the runway at about 80 mph before veering to the left, turning upside down and crashing nose-first near Runway 24, before being engulfed by intense flames and thick smoke.

​Fullerton and Anaheim fire department crews put out the fire shortly after the crash, according to reports, and no one on ground was injured as a result of the incident.

"My grandpa said he heard an engine failure," witness Jacob Francis told ABC7 last week. "We all came out running over here, and there was people running out trying to put out the fire and do whatever they can."

According to Federal Aviation Administration (FAA) spokesperson Ian Gregor, "the aircraft rolled to the left and caught fire," KTLA reported. The plane, which had a valid flight status and was registered to a company located in Helena, Montana, was headed toward Heber City Municipal Airport in Utah, Gregor added.

​Robert Ellis, the 48-year-old pilot from Southern California flying the plane, was the only person inside the aircraft at the time of the incident. He had recently moved to Utah and frequently traveled between there and California, his mother, Sandra Ellis, confirmed to KTLA Friday. He was pronounced dead at the scene of the incident.

Ellis is survived by his wife and their four sons, Sandra noted, also stating that the family is doing "OK" thanks to their Mormon faith.

"We have a strong feeling about life and death in the Mormon church; it's not as devastating as you think it might be," she told KTLA. "I've always had the feeling that people never really are gone, they're just always in another place. It's not like you've lost them forever."

According to Sandra, her son flew between his dental practice in Tustin, California, and his home in Heber City, Utah, around twice a week.

"All I can say is, he died doing what he liked to do, and you can't knock him for that," Sandra said. "I told his little kids that this kind of thing can happen in a car, or falling down stairs. Life just has to go on."

The National Transportation Safety Board is currently investigating the cause behind the crash.