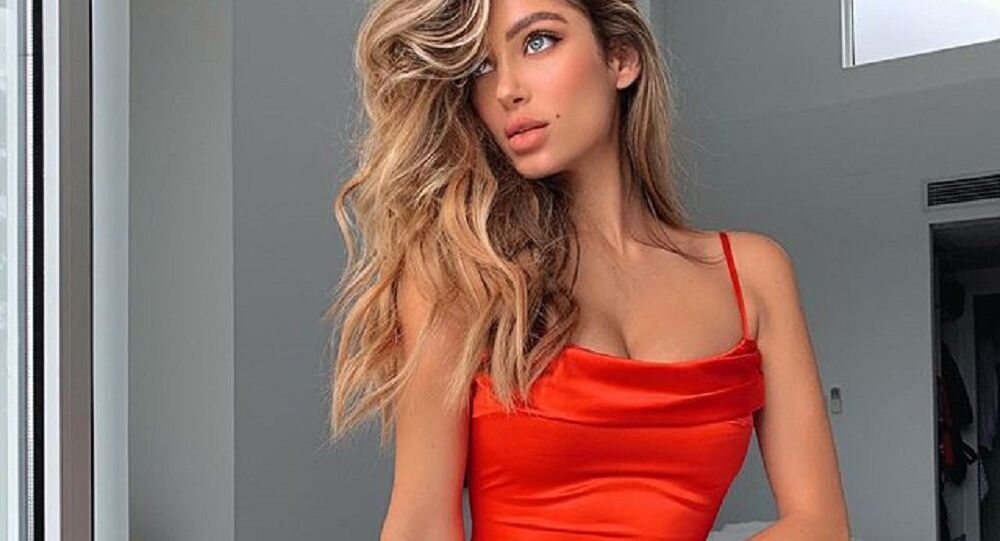 Model Belle Lucia’s sun-kissed social media snapshots, which show her having the time of her life on the beach, have sparked an online debate, with many stating that her baby bump is too tiny to be seen at all.

Pregnant Instagram model Belle Lucia, who boasts a whopping 1.3m followers on the social network, has hit back at commentators making what she considered to be inappropriate remarks about her baby bump, calling them to stop body shaming.

The original comments were triggered by a sultry picture with Belle flaunting her shape while stretching on the beach in a white bikini, prompting many to express their admiration of her perfect shape. While most of her subscribers shared utmost admiration, some made what Ms. Belle said were controversial comments.

“I don’t mean to be rude honestly, but is it normal to have a flat stomach during pregnancy?” one asked, whereas another wondered how her stomach was "still so flat.

A third opted to send another jab:

“You are a freak of nature” the commenter asserted.

Belle chose not to respond individually to her subscribers but post a picture on her Instagram story, explaining that the way pregnancy bumps develop depends on a woman’s physique.

"As you can see, women show very differently but are all carrying a little life," she stated, adding that she shows as much to the general public as she feels like showing, which does not mean that her pregnancy “is unhealthy or that I’m promoting a ‘skinny’ pregnancy.”

Belle, who continues to post saucy snaps on her Instagram and now provides regular updates on her pregnancy, underscored that body shaming based on a person’s size is not okay.

"It's just my body and I can't help it if it doesn't look the same as other women,” the Instagram diva shared. In one of her latest posts, she shared how much she likes the changes in her body, which she eagerly embraces “both the ups and downs.”

“It’s the most incredible feeling I’ve experienced, I’ve never felt so much love towards anything and it’s not even entered the outside world yet," said a 17-weeks' pregnant Belle.