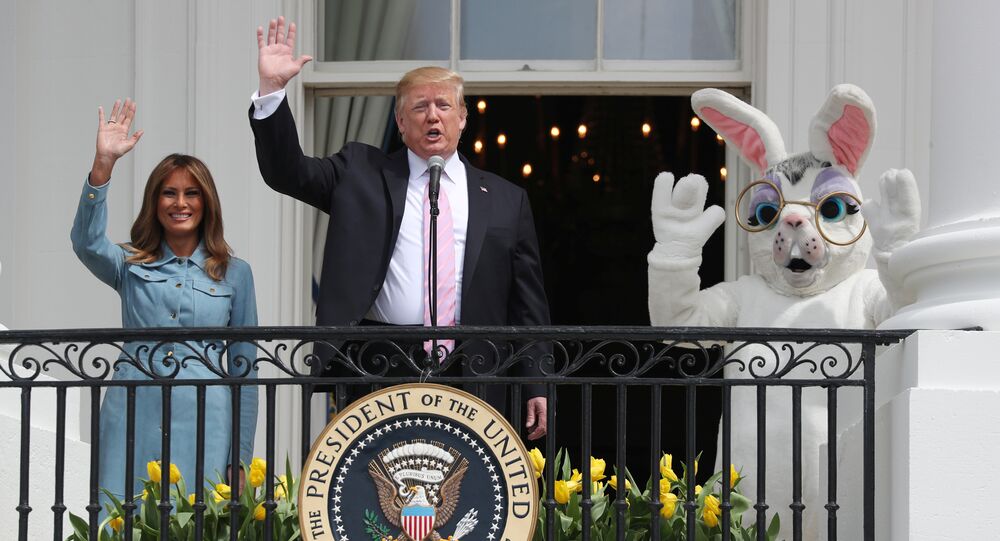 As the US president addressed attendees before the festival surrounded by the First Lady and the Easter Bunny, social media users marveled at the spectacle and rushed to share their comments on the internet.

An image of President Trump making a speech from his balcony alongside First Lady Melania Trump and the Easter bunny has spread across social media, provoking a flurry of jokes and snarky comments.

"If I had to pick one person for president in this photo, I would pick the bunny," one Twitter user said.

The bunny rocks! He knows how bat sh*t crazy this all is. pic.twitter.com/V9SzgwTQHp

Many on social media wondered who the person in the bunny suit was. "Rod? Is that you," another joked. "Pretty sure that's Mike Pence in the bunny costume," another jested.

Pretty sure that's Mike Pence in the bunny costume.

Who is in the bunny costume? Spicer?

Some, however, used this opportunity poke fun at Trump’s opponents. "In a rare moment of unity, Hillary Clinton is spotted in her white pantsuit with [Donald and Melania Trump] at the White House Easter Egg Roll," one Twitter user chided.

Of course, a number of people focused their attention on what the president had to say instead of how he looked at the Easter gala.