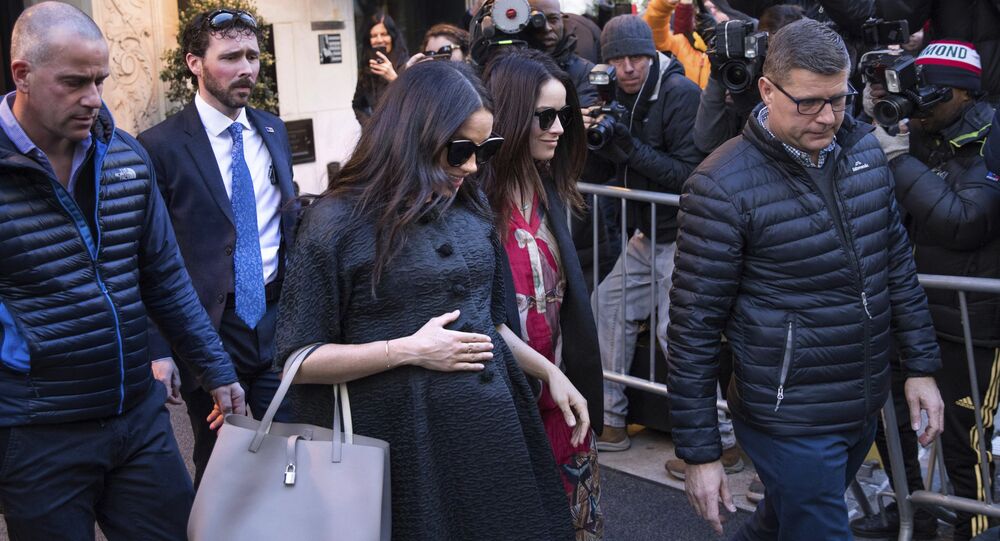 The alleged feud within the “Fab Four” has been a source of considerable speculation in recent months, prompting furious debate among fans of both families. The tensions flared up after the Duke and Duchess of Sussex revealed the fruit of their partnership with Oprah Winfrey - a documentary on mental health.

The announcement about Prince Harry and Meghan’s forthcoming mental health series, which they co-created with Oprah Winfrey, has brought accusations of hijacking the agenda of the Duke and Duchess of Cambridge, William and Kate. After the information about the Sussexes’ project, which is scheduled to be launched in 2020, appeared on their Instagram page, disappointed, furious, and angry comments poured in.

We are excited to announce that The Duke of Sussex and Oprah Winfrey are partners, co-creators and executive producers on their forthcoming mental health series launching on Apple in 2020. The pair have been developing the series for several months and are looking forward to sharing such an important project on this global platform. The dynamic multi-part documentary series will focus on both mental illness and mental wellness, inspiring viewers to have an honest conversation about the challenges each of us faces, and how to equip ourselves with the tools to not simply survive, but to thrive. This commitment builds on The Duke of Sussex’s long-standing work on issues and initiatives regarding mental health, where he has candidly shared personal experience and advocated for those who silently suffer, empowering them to get the help and support they deserve. His Royal Highness has spent many years working with communities throughout the UK and young people across the Commonwealth to break the stigma surrounding mental illness and broaden the conversation of mental wellness to accelerate change for a more compassionate, connected and positive society. Quote from HRH: “I truly believe that good mental health — mental fitness — is the key to powerful leadership, productive communities and a purpose-driven self. It is a huge responsibility to get this right as we bring you the facts, the science and the awareness of a subject that is so relevant during these times. Our hope is that this series will be positive, enlightening and inclusive — sharing global stories of unparalleled human spirit fighting back from the darkest places, and the opportunity for us to understand ourselves and those around us better. I am incredibly proud to be working alongside Oprah on this vital series.”

Social media users recalled the Duchess of Cambridge’s campaign for the same good cause, titled “Head Together” and which is said to be William and Kate’s original idea. Notably, Prince Harry used to work on the mental health awareness project with them.

“It used to be Harry, William and Kate working on these issues. Now it is Harry and Oprah”, one of the commenters noted with a sad emoji; while another expressed regret that William and Kate are not involved in this along with Harry, noting: “Mental Health is their path together…”

There were those who were more categorical and took aim at rival fandoms.

“So now they want to stick their nose to what Kate is focused at? Wow! Where are those Meghan fans who are constantly saying that Kate's mental health work is useless, huh?”

Others questioned the couple’s choice to collaborate with Oprah Winfrey.

“I’m purely curious on why the collaboration with O Winfrey?? What’s happened to the group of ‘Heads together’ with their RH’s of Cambridge?? That was low key & believable”, a netizen asked.

READ MORE: 'Excuse Us While We Puke' — Explosion of Views on Harry & Meghan's Insta Account

Some took even an even harder stance against the US TV star, posting the hashtag #canceloprah.

“Do something more useful than partnering with orca Winfrey. Her mental problems and hypocrisy have no limits”, one such commenter urged.

Rumours about a royal rift because of Meghan’s alleged independent stance, going against long-time royal traditions, and reported disagreements between the former US actress and Prince William’s wife, Kate, have cast a shadow over the families in recent months. However, other sources, including Kensington Palace, deny that there is any feud between any of the parties allegedly involved.