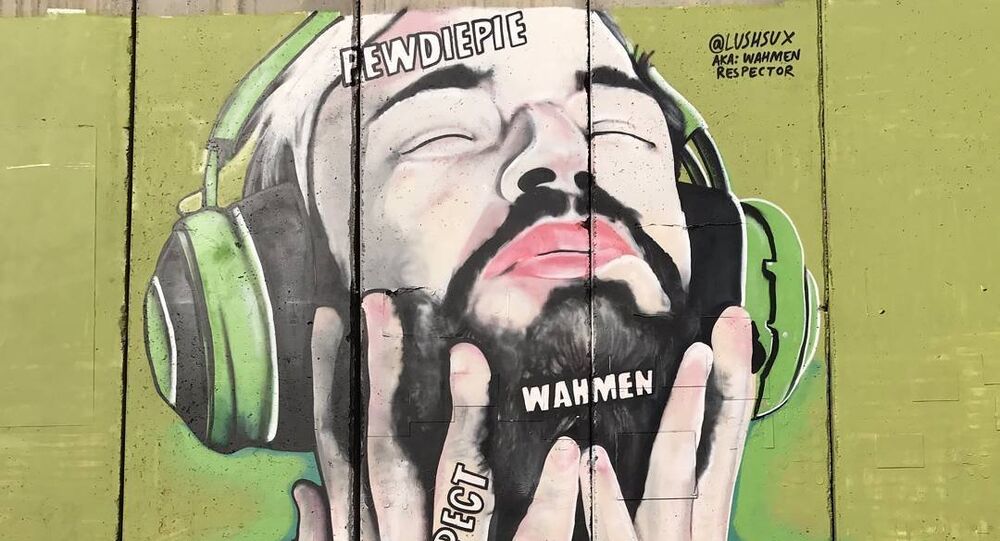 In a bid to win the race with Indian music giant T-Series for the highest number of subscribers on YouTube, Pewds released two diss tracks targeting his rival, which were successful both at gathering likes and views from his fans, as well as provoking the anger of T-Series. The latter filed a complaint to an Indian court to have the songs banned.

Famous Indian vlogger Saimandar Waghdhare, also known by his alias Saiman Says, travelled all the way from India to the UK for two purposes — to meet his icon Felix "PewDiePie" Kjellberg and listen to Pewds' notorious diss song "b**ch lasagna", which was recently banned in India.

In a video, titled "PewDiePie, I'M COMING FOR YOU!!! (meet me pls)", Saiman describes his hardships after the imposition of the ban, as he would previously listen to the diss song "399 times a day". To change this, he found no better solution than to travel to the UK, where Pewds lives, visit Southwick Beach, where the song clip was originally filmed, and start listening to it once again.

After having enjoyed his time at the beach, which he abruptly renamed "Beach Lasagna" in honour of his favourite song, Saiman announced that he now wants to meet Kjellberg in person in his hometown of Brighton, located near Southwick. PewDiePie has not yet responded to Saiman, whom he has mentioned on several occasions in earlier videos, despite efforts by both vloggers' fans to promote the prospective meeting. Supporters of the two have been spreading the hashtag #PewdsMeetSaiman across social media platforms.

"B**ch lasagna", as well as another diss song by Pewds, "Congratulations", were reportedly banned in India by a court decision after Indian music giant T-Series, which the songs were aimed at, filed a complaint about them. The music titan claimed that Kjellberg had made multiple "abusive, vulgar and racist" comments in the tracks.

PewDiePie and T-Series have been locked in a race to secure the position of being the YouTube channel with the most subscribers for months, with the Indian giant repeatedly coming close to overwhelming its opponent and even overtaking him from time to time, with Kjellberg mobilising all means available to come out victorious.

PewDiePie Reflects on Memories of First Steps Toward YouTube Stardom