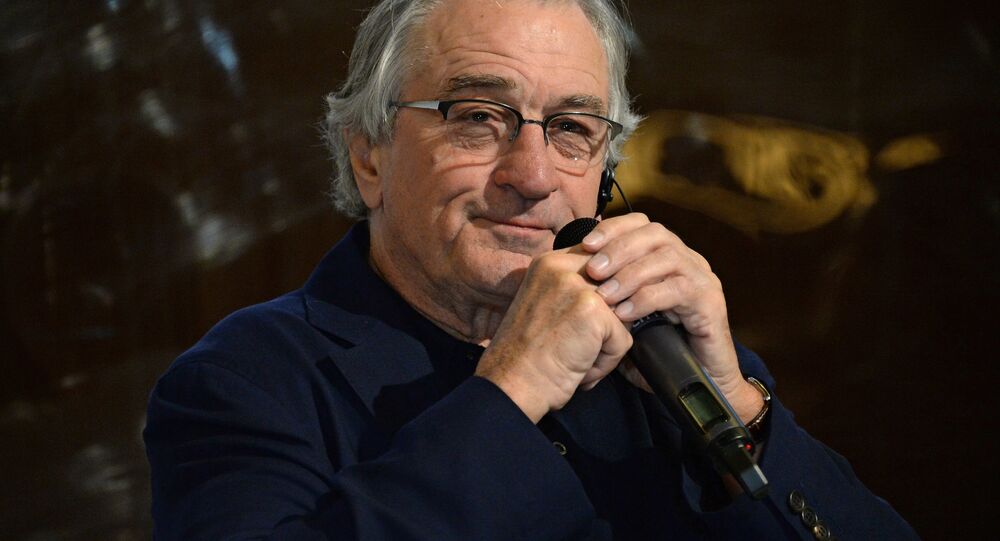 During his appearance on the Late Show to discuss the Tribeca Film Festival, Hollywood actor Robert De Niro called US President Donald Trump a 'total loser' and 'dumbbell', continuing attacks on the US leader and his policies that began during Trump’s 2016 campaign.

The Godfather actor, 75, said he tried to give Trump a chance but had been left disappointed as “this guy has proven himself to be a total loser.”
The Hollywood star recently reprised his role as special counsel Robert Mueller on SNL last weekend to read the summary findings of the report that did not find any evidence that the Trump campaign conspired with Russia to interfere in the 2016 US presidential election. Russia has repeatedly refuted any claims of interference in the US political system, saying the allegations were made up to excuse the election loss of Trump's opponent as well as to deflect public attention from actual instances of election fraud and corruption.

© AP Photo / Michael Zorn/Invision
De Niro Polarises Social Media by Thrashing Republicans for 'Muting' Bob Mueller
De Niro said that it was his “civic obligation” to play Mueller, adding “I don't know if it's possible, but I keep saying [if it's possible] to handcuff him and take him [Trump] away in an orange jumpsuit.”

The actor again criticized Trump when speaking about playing gangster roles, calling the US president “a wannabe gangster in the White House.”

De Niro has won two Oscars during his career for performances in The Godfather Part II and Raging Bull. He will return to the gangster genre for The Irishman on Netflix, due for release this fall and will reunite him with director Martin Scorsese.

“Even gangsters have morals, they have ethics, they have a code, and you know, when you give somebody your word that’s all you have is your word, especially in that world. This guy, he doesn’t even know what that means,” he added.

De Niro later branded Trump a “disappointed dunsky,” which he explained was the head of a crime family, and a “dumbbell,” saying that Trump tried to act like a made man, but was missing some of the standards they held.

Previously, Trump retaliated in the war of words initiated by the actor by calling De Niro “a very low IQ individual” in a series of tweets.

“Robert De Niro, a very Low IQ individual, has received to [sic] many shots to the head by real boxers in movies. I watched him last night and truly believe he may be 'punch-drunk.'”

“I guess he doesn't realize the economy is the best it's ever been with employment being at an all-time high, and many companies pouring back into our country. Wake up Punchy!”

This is not the first time the Hollywood actor has attacked the US president with criticism. Earlier in January, De Niro compared Trump to Adolf Hitler, claiming dictators had 'looked funny' when they first came to power. Asked whether Trump was a fascist, he said: “I guess that's what it leads to. If he had his way, we'd wind up in a very bad state in this country.”