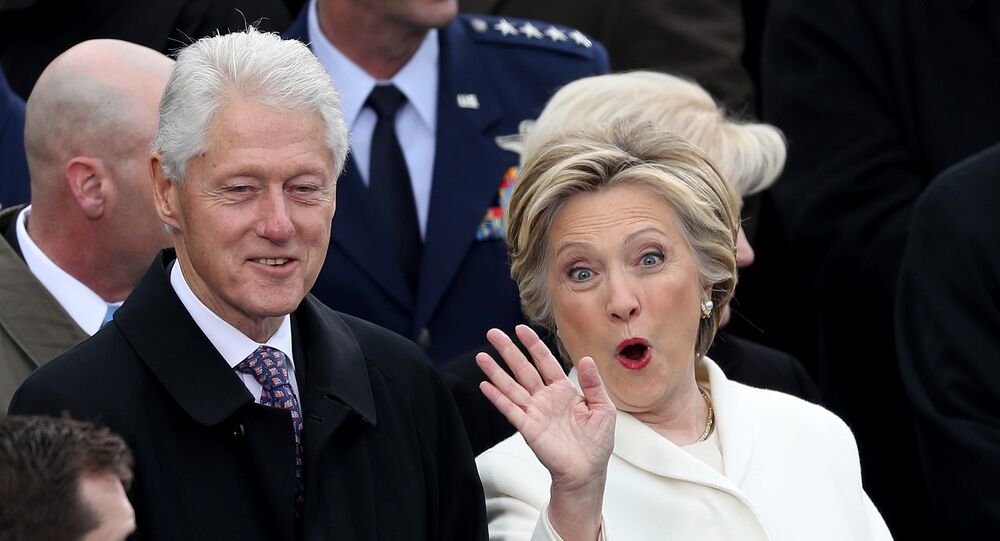 BBC host Emily Maitlis, who gave a glimpse into her career as a journalist in her new book Airhead: The Imperfect Art of Making News, has made some risqué claims about ex-POTUS Bill Clinton.

Speaking on The Jonathan Ross Show that will be broadcast on Saturday, BBC Newsnight presenter Emily Maitlis claimed she had once caught former US President Bill Clinton looking through a “heavily decorated” copy of the Kama Sutra sex manual in an Indian hotel gift shop – the evening before a scheduled interview.

“I was looking and he picked up this book and I thought, ‘That doesn’t look like a history book’ and I looked a bit closer. I was like, ‘It doesn’t look like it’s got any text, it does look familiar’ – and I realised he’d picked up a copy of the Kama Sutra. He was looking at it in the gift shop. I was like, ‘OK, I think it might be time for a very swift exit’”, she said of the 2014 encounter.

The naughty revelation has caused some social media users to joke about how Bill was going to breathe new life into the relationship with his wife, Hillary…

I had no idea Hillary was such a minx!

Looks like he still got something left in the tank:)

…while a fellow Twitterian sarcastically suggested that the notorious womaniser was actually making some amendments to the famous book of love:

He was probably making corrections.

Clinton was involved in a sex scandal in the late 1990s when rumours surfaced suggesting the then-US president had an extramarital affair with a 22-year-old White House intern, Monica Lewinsky.