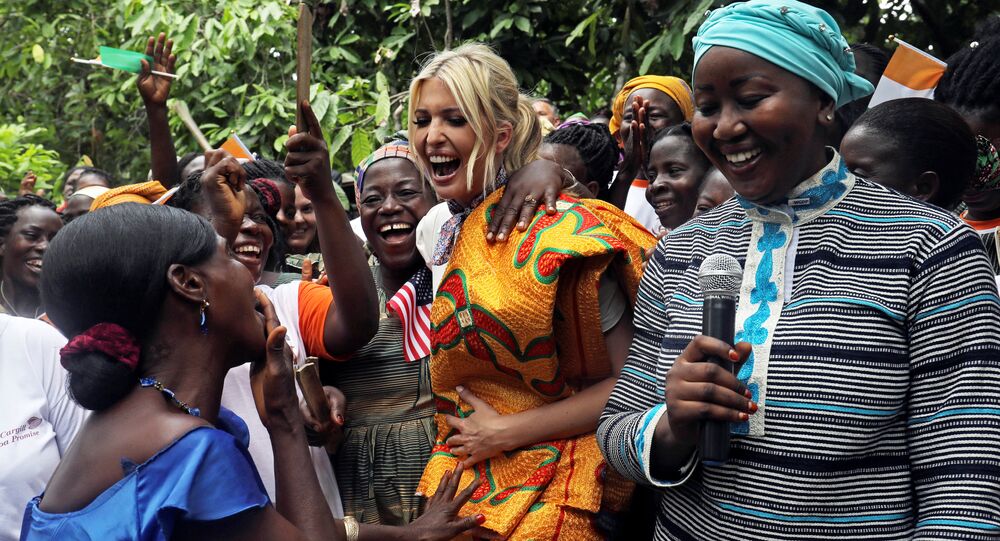 Following her agenda of promoting women’s empowerment, the presidential daughter and White House adviser has travelled to Africa on a solo trip. Apart from meeting politicians and entrepreneurs, she has also demonstrated a couple of her dance moves. However, neither bought her support online.

Ivanka Trump has come under fire for calling the excited reception in the small town of Adzope on the Ivory Coast her “privilege”. Donald Trump’s daughter reacted with what seemed to be a regular polite remark to a post by NBC News producer Mac William Bishop. He shared a photo of the presidential daughter wearing a traditional robe and dancing with Ivorian women at a local cocoa farm that she visited.

It was my privilege! https://t.co/xYQnicoL7M

​It was the “privilege” part that triggered an avalanche of mockery and criticism from commenters. They branded the remark as a coming-out and “self-burn” amid nepotism accusations against Ivanka Trump, who became a White House adviser after her father assumed the Oval Office.

Is that the Nepotism Dance?

Oh honey…we know what your privilege is… bless your heart…stay in your lane.

You got nothing but privilege.

​Some could not help but point to the irony of the situation.

​Ivanka Trump returned to the international spotlight with her solo trip to Africa as a White House adviser in the company of the head of the US Agency for International Development, visiting Ethiopia and the Ivory Coast to promote women’s economic empowerment and gender equality.

​The trip was perceived with scepticism online and in the media due to her father’s alleged remarks that were leaked earlier during his term, as he reportedly referred to African states as “sh**hole countries”. Despite the past allegations, she voiced her conviction that her father would be inspired by her tour.

READ MORE: Ivanka Trump Rocks Twitter by Revealing How She Chose Not to Lead World Bank

“I've been deeply, deeply inspired by my trip here. And I think he will be as well…I'm very excited about continuing my work to specifically focus on advocating and advancing the role of women on this continent and beyond", she said.