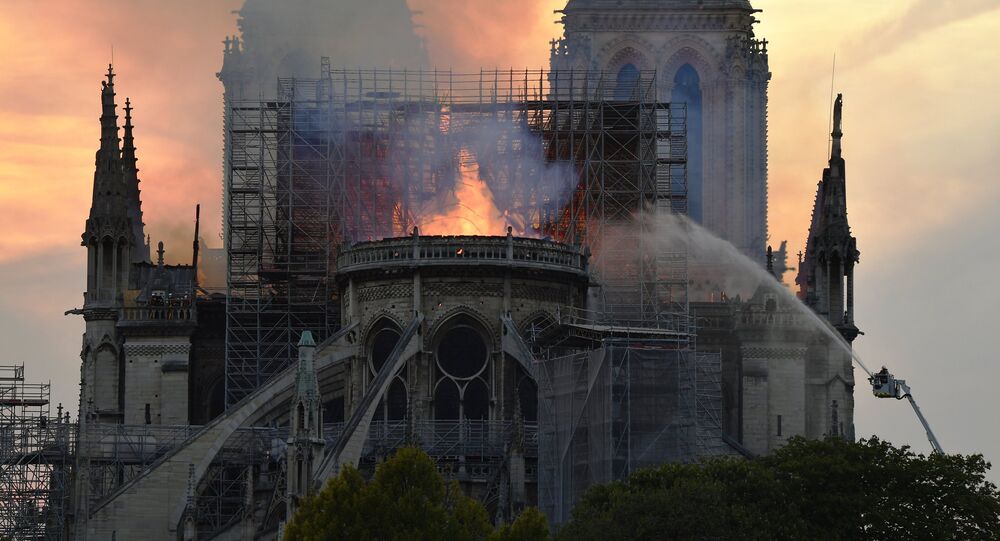 While most of his compatriots joined France in mourning the terrible loss of the 800-year-old cathedral, expressing sorrow and dismay, Expressen journalist and novelist Alex Schulman had a somewhat different approached to the tragedy and reacted with glee.

Alex Schulman of the tabloid daily newspaper Expressen has landed in hot water after posting a photograph of the burning Notre Dame spire accompanied by the caption "Finally" on his Instagram page.

While 43-year-old Schulman chose not to elaborate on his stance, it triggered an outcry from fellow journalists and ordinary Swedes alike.

​"Finally? Is this what you have longed for? That a cathedral should burn up? I hope this is a misunderstanding", investigative journalist, filmmaker and activist Nuri Kino tweeted.

"Politically correct Alex Schulman rejoices that Notre Dame is on fire. Rarely have I felt a greater contempt for an opinion machine that makes its daily bread on provocations," blogger Project Morpheus tweeted.

"Has Alex Schulman lost it completely or what is happening?" another user wondered.

"Would Mr. Schulman do the same if a mosque burned down? You mock believers of Christian faith, you mock an entire nation and an entire city. Christian minorities have been persecuted by Islamists and you write 'Finally'. The signal value of your pathetic tweet strengthens their right to continue," yet another user called out, assuming hypocrisy on Schulman's part.

Many Swedes also accused Schulman of "picking up a fight" in order to capitalise on "playing the victim".

Ironically, last autumn Alex Schulman himself mourned the loss of dignity and decency in how people behave toward each other nowadays in an Expressen column.

Expressen is a Swedish tabloid daily that bills itself as "independently liberal". Like many Swedish dailies, it is owned by the Bonnier family, which altogether runs over a hundred media companies in a dozen countries.

Notre Dame, a landmark 12th-century Gothic cathedral and icon of the French capital, caught fire on Monday evening. The blaze left the building heavily damaged, with two-thirds of the cathedral's wooden roof destroyed in the conflagration. The spire and clock collapsed, but the two main towers remain standing.