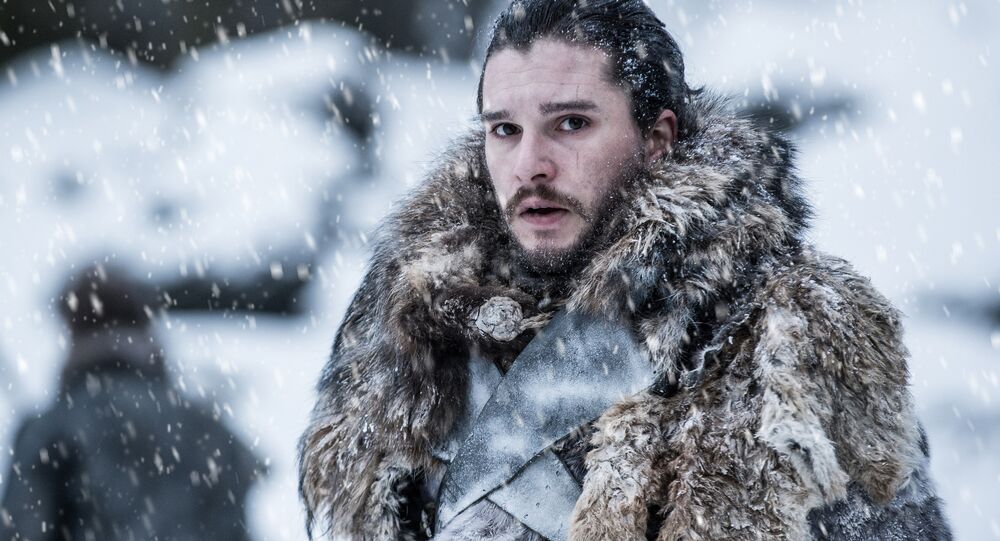 The whole world seems to be overly excited about the final season of Game of Thrones, and people know, for sure, that if there’s one thing that this epic show has taught them, it’s that no one is safe in the world of Westeros.

The final season of Game of Thrones is almost here and after years of waiting, fans will get to see who will sit on the Iron Throne, and who the bloodthirsty show producers are going to have killed.

Game of Thrones’ makers never hesitated to kill off major characters over the past seven seasons, but Maisie Williams, who plays the faceless assassin Arya Stark, has driven fans into panic mode, with her gruesome spoiler: the final six episodes are going to have “a lot of death”.

So, here’s a list of key Westeros players who have survived, or been resurrected, to face the Night King’s army of the dead in the final season, which premieres on 14 April.

Season 8 is unlikely to leave all of our beloved characters alive, but many hope that Arya Stark, who has just reunited with her sister Sansa after returning to her family home in Winterfell, will remain safe and sound.

Arya, who has turned into a true assassin, has shown no mercy in revenging the death of her family members, and she still has a lot of names to cross out from her to-kill list.

The King in the North, Jon Snow, who magically resurrected after being repeatedly stabbed and killed by the Night Watch men, has teamed up with Daenerys Targaryen in the fight against Westeros’ vicious enemy, the army of the White Walkers.

As he’s heading back to his home in Winterfell to reunite with his siblings, his relationship with the Khaleesi takes a new turn: the two get a little too close… neither are aware that they’re actually related and Jon is a Targaryen.

Daenerys Stormborn of the House of Targaryen, First of Her Name, the Unburnt, Queen of the Andals and the First Men, Khaleesi of the Great Grass Sea, Breaker of Chains, and Mother of Dragons – she firmly believes she was born to sit on the Iron Throne.

Having lost one of her three precious dragons, who she calls her children, Daenerys is sailing with her nephew-cum-lover Jon Snow to Winterfell to prepare for the final battle against the army of the dead.

Sansa Stark, once a little naïve girl who fell in love with probably the most annoying character on the show, Joffrey Baratheon, and was lured into marrying ruthless Ramsey Bolton, has managed to free herself and become the Lady of Winterfell. Sansa is now ruling the North while Jon is away on his sexy diplomatic mission.

sansa stark is truly the strongest character. she deserves to survive the last season. i love her so much and i stg if she dies i will kill everyone at hbo’s headquarters.#GameOfThrones pic.twitter.com/CObIfMEeiN

Bran Stark, also known as the Three-Eyed Raven, became a key player in season 7, with a handful of visions about his father Ned Stark’s backstory, which confirmed that Jon Snow is the son of Ned’s late sister Lyanna Stark and Rhaegar Targaryen, thus the true heir to the Iron Throne.

5. #BranStark
The three-eyed raven will have the biggest part in defeating the Night King. He’s got all the tools necessary to have a sort of crazy GoT sequence happen that nobody saw coming and here for it. I don’t think he gets the throne but his sacrifices are just as good. pic.twitter.com/Irb83h4C8u

Cersei Lannister, the sitting Queen of the Seven Kingdoms of Westeros, who has lost her three children over the course of seven seasons, has decided to distance herself from the war against the White Walkers, having made a U-turn on her deal with Jon and Daenerys. Instead of helping them, she’s building an army to make sure no one dethrones her.

Cersei’s beloved brother, Jaime, has finally realised that his sister-turned-lover is a monster, and has abandoned her with an eye to keeping his pledge to help Jon and Daenerys in the battle against the dead.

The quick-witted brother of Cersei and Jaime, Tyrion, has become an audience favourite: now-Hand of the Queen to Daenerys, he’s sailing to Winterfell together with the Mother of Dragons and Jon.

Sam Tarly, the maester-in-training and Jon’s closest friend, and his wildling romantic companion Gilly have made a huge discovery about Snow’s background at the Citadel: Rhaegar Targaryen had annulled his marriage and tied the knot with Lyanna Stark.

Has grown on me throughout the show. Killed a Thenn and White Walker. Impressive. He’s obviously surviving. He’s the one writing the Song of Ice and Fire. Let his dad drag Gilly in front of him. L. 5/10 pic.twitter.com/YiOAxO0xdq

One of Daenerys’ most loyal companions, Jorah Mormont is currently headed north after being cured of his Greyscale by Sam Tarly. Mormont, a brave man who's desperately in love with the Khaleesi, is one of the few who volunteered to travel north of the Wall and capture a White Walker in order to prove their existence to Cersei Lannister.

This guy has lived his last ten years in the friend zone 😂😂😂 Move on fella. You’re old. Still a donny though. 6/10 pic.twitter.com/KIuEC5jGqL

Melisandre, the red woman responsible for the resurrection of Jon Snow in Season 6 had a small, but game-changing part in season 7: she arrived in Dragonstone to urge Daenerys to meet with Jon.

The Red Woman. Evil. Living proof to never trust a woman. The night is dark and full of terrors. Arya is going to slice her up differently. 2/10 pic.twitter.com/ylX61M9z92

Brienne of Tarth and Tormund Giantsbane

Brienne of Tarth, a woman of her word, has vowed to protect the Stark siblings, and followed through with her promise over Season 7. She travelled with Jon and Daenerys to King’s Landing, where she asked Jaime Lannister, with whom she was in love, to help fight the Wights.

Tormund, a Wildling leader, fearlessly joined Jorah Mormont and Jon Snow in their Wight expedition north of the Wall. His adorable crush on Brienne has given birth to a bunch of hilarious memes.

i just want someone to look at me the way Tormund looks at Brienne pic.twitter.com/mVYc1yCl5k

Missandei, a former slave of Slaver's Bay, was liberated by Daenerys Targaryen and her army of Unsullied, having subsequently become her most trusted advisor. Missandei has romantic feelings for Grey Worm, once a slave, now the commander of the Unsullied army, who fights for Daenerys.

The sinister villain of Game of Thrones, the warlord of the army of the dead, seems to be a shrewd tactician: he blasted a hole through the Wall at Eastwatch after bringing down one of Daenerys’ dragons, Viserion, in a dramatic plot twist. With an army of White Walkers, Wights and now a dragon, he will undoubtedly lay siege to Winterfell.

Winter is here, who will sit on the Iron throne,will it be John Snow, Khaleesi or the Night King #GOT #GameofThrones pic.twitter.com/xolwVafdXn