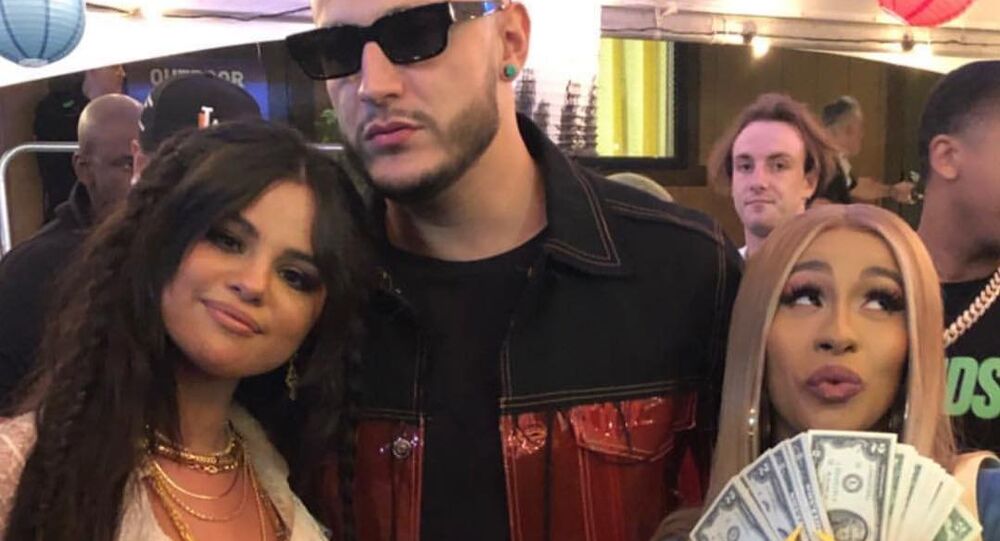 This is Gomez’s first appearance on stage since having kidney transplant surgery last year.

US singer and actress Selena Gomez made a surprise onstage appearance joining Cardi B and Ozuna for their song "Taki Taki" at the Coachella music festival.

This is Gomez's first onstage appearance since her hospitalisation last year. Gomez, diagnosed with lupus, underwent a kidney transplant. Later, she sought mental health treatment, a Fox report stated. This is also her first appearance at Coachella.

Cardi B posted a photo of Gomez and Ozuna, joined by DJ Snake, on her Instagram account.

When @iamcardib AND @selenagomez pop up with @djsnake and Ozuna you know it’s party! Only @coachella! #TakiTaki pic.twitter.com/pAaMCleu09

​"Coachella and I love them", the caption reads.

"I'm very aware some of my fans had noticed I was laying low for part of the summer and questioning why I wasn't promoting my new music, which I was extremely proud of", Gomez posted to her Instagram account last year before undergoing a kidney transplant. The post was accompanied with a photo of her holding hands with actress Francia Raisa, who donated the kidney.

​"So I found out I needed to get a kidney transplant due to my lupus and was recovering. It was what I needed to do for my overall health", Gomez wrote at the time.