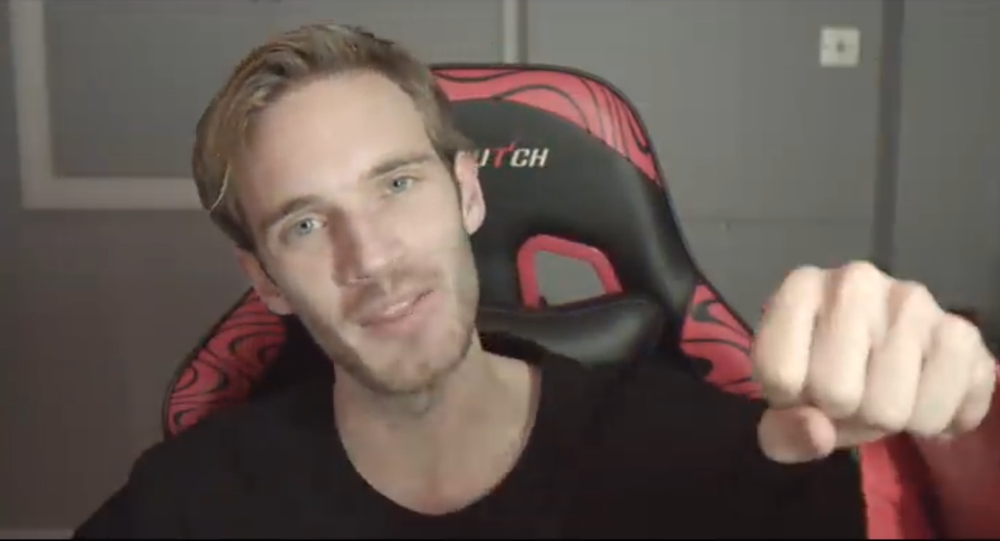 The network aims to leave behind the likes of YouTube and Twitch by rewarding viewers and taking only a fraction of the money that the traditional platforms earn from streamers.

"Personally, I think it's very cool to have a creator-based website actually putting creators first," the top YouTuber said. "I'm really excited to finally be live streaming again!" he added.

Kjellberg promised to launch a "pretty epic" first DLive stream on Saturday, 14 April, and promised to donate hefty amounts of money (between $10,000 and $50,000) to up to a hundred other people streaming on the platform.

The founders of DLive, which is powered by the Lino blockchain, are set to take on traditional streaming services such as YouTube and Twitch, which they say set higher monetisation bars for content creators and encourage the promotion of content in a way that is unfair to them.

Unlike traditional platforms that take nearly half of streamers' earnings from subscriptions and donations, DLive offers approximately 90 percent of the proceeds from each subscription or gift. The rest forms a pool that rewards viewers with Lino Points, a cryptocurrency used on the Lino blockchain, for their involvement with the service (e.g. watching, chatting, or sharing content).

"PewDiePie has always been a fierce advocate for the value that creators bring with their hard work, time, and effort, and he believes in DLive's vision. Our livestreaming platform has the potential to forever change how creators are represented in this industry, and we're proud to have PewDiePie help us lead this charge," said Wilson Wei, the co-founder of Lino Network.

It is unclear how long PewDiePie's endeavour with DLive will last, but it may still serve as an example for other creators from YouTube or Twitch and hence deal a huge blow to these platforms.

It comes at a time when some YouTube creators have voiced a growing feeling of disappointment with the platform, which has adopted a tougher censorship policy in recent years and has been actively restricting advertising in content which is deemed unfriendly to viewers.

Pewds himself has sparked controversy on several occasions, for instance, when he paid Indian men on a freelance service marketplace to hold up signs reading "death to all Jews" and when he was heard saying the N-word.

Kjellberg has been recently targeted by a petition which seeks to remove him from YouTube for allegedly promoting "white supremacist" content. He argued, however, that all of the accusations had resulted from half-baked research and that if he had ever done anything wrong, he did it as a joke and had already apologised for it.