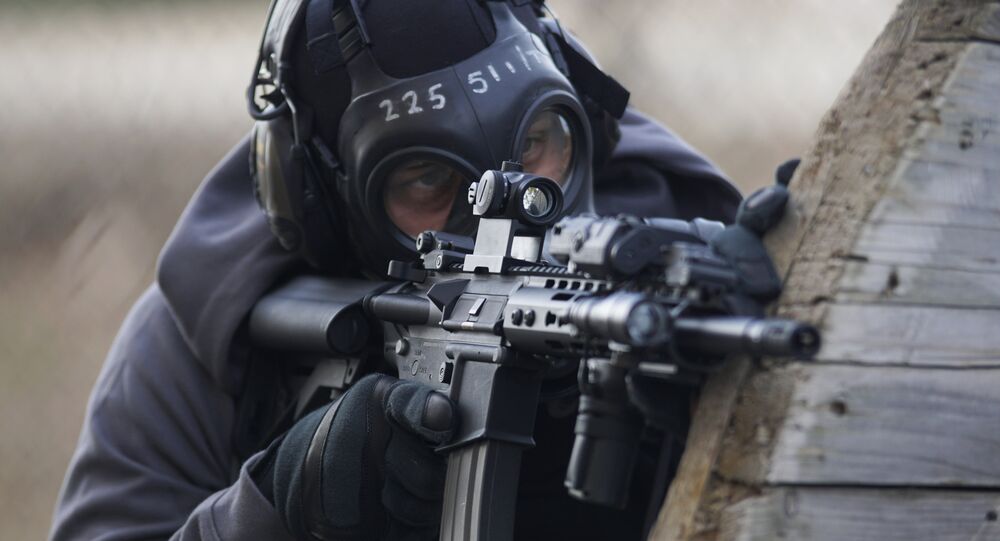 A lonely island, a hundred people, ammo and a hefty jackpot is what it takes to turn a video game scenario into reality. Only one of them will survive - not literally though - and the prize is worth fighting for. Would you dare to try?

An anonymous Croesus is looking to twist an island into an arena for a ‘battle royale' competition — and is searching for adventure-seekers to make it happen.

According to an announcement placed on HushHush.com, an online luxury marketplace for the mega rich, the millionaire needs as many as 100 people, who will fight for the £100,000 ($130,000) prize during a three-day event.

They will be equipped with Airsoft guns, ammo and touch-sensitive system for to make the game safe and fair.

The manhunt across the island is set to last 12 hours each day. The organisers appear to give much consideration to safety, as they promise to provide food and all the necessary equipment, including that for overnight camping.

Apart from the hundred volunteers, the organisers need a game-maker who will help them design the arena.

"Battle royale games have become incredibly popular over the last few years ago and our customer is a huge fan who wants to make the game a reality in the safest way possible. If the championship is a success this year, it's something he wants to make an annual event moving forward, which is very exciting!" said HushHush founder Aaron Harpin.

"If you're a fan of last-person-standing movies and games, it'll be a great opportunity to have a once in a lifetime experience and earn a significant amount of money. However, to get there, our concierge team needs some help to make it a reality. The first thing we need is a talented game-maker to help us make the event as realistic as possible."

The deadline for registrations is 22 April, and an application form can be accessed via this link.

Battle royale is a relatively new but already hugely popular video game genre. The top popular games are PUBG, Fortnite and Apex Legends. They all employ the same concept: up to a hundred players are dropped onto one huge map and kill each other until there remains the only survivor.

One feature that is quite difficult to have in real life is a circle that gradually closes in on a random point on the map, making the space tighter and tighter as the match goes on and making players engage in combat.