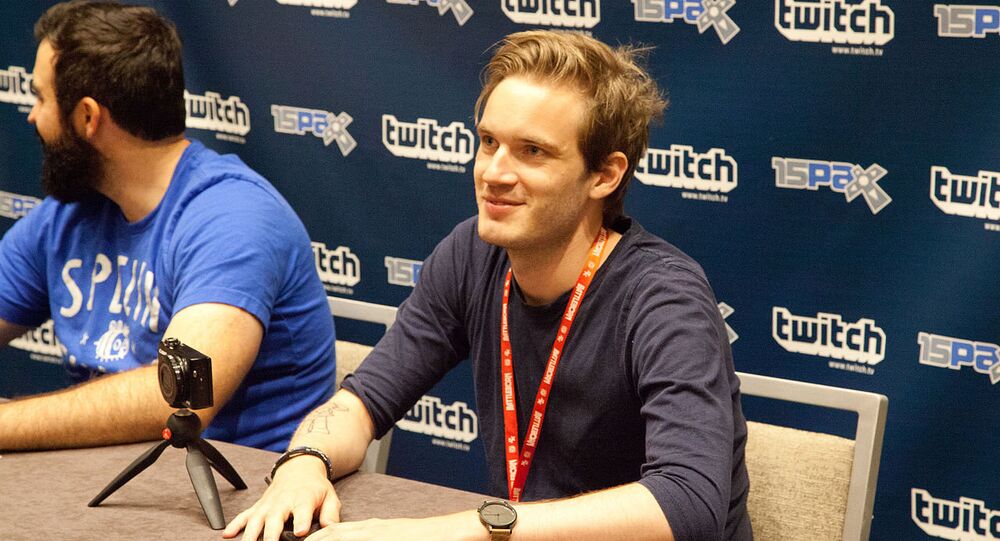 Swedish YouTuber Felix Kjellberg (better known by his alias 'PewDiePie') is considered by some to be the internet's last hope in the fight against corporations, but thousands of people appear to believe that his content is inappropriate and should be removed from YouTube.

PewDiePie has given a tongue-lashing to online petitioners who want him banned from YouTube for the "white supremacist" content he allegedly generates.

In a fresh edition of his own news show, Pews News, the YouTube king made it clear he did not take this movement seriously.

"I might as well delete my channel right here and right now… because petitions are the most effective way to make a change in the whole world," the vlogger said sarcastically.

He was adamant that the petition was "blatantly misrepresenting and misinforming people" and did not provide any evidence to substantiate the claims.

"A lot of these points are just flat-out lies as well," he added. "Honestly, it's surprising how change.org is even letting this be up because there's nothing to back up any of the claims."

The petition in question, which has accumulated over 77,000 signatures so far, was launched in the wake of the Christchurch mosque attacks by an online activist who identified herself as Maria Ruiz. She branded the Swede's YouTube channel "one of the largest platforms of white supremacist content" and accused him of "promoting and affiliating himself with white supremacist and Nazi ideologies".

Incidentally, the Christchurch gunman, who livestreamed the massacre on Facebook via a GoPro camera, referenced the popular "subscribe to PewDiePie" call minutes before he opened fire.

The petition further listed the reasons why PewDiePie should be snubbed from the platform, including the YouTuber's alleged use of racial slurs, hiring people to say the N-word,  alleged rape jokes and performing of the Nazi salute.

Pewds shrugged off the accusations, although he admitted that he "stepped too far" at times, as was the case when he paid Indian men on the freelance website Fiverr to hold signs that read "death to all Jews" just to learn how far they would go for money.